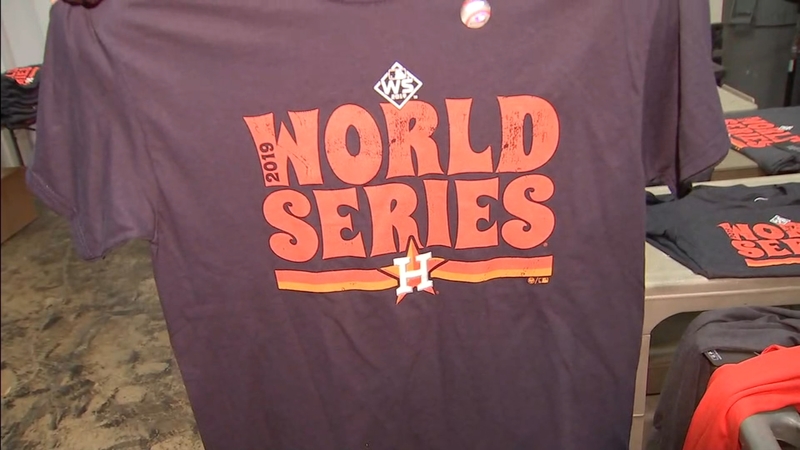 HOUSTON, TEXAS (KTRK) -- Jose Altuve saved the day and the Houston Astros are heading to their second World Series in three years.

If you want to celebrate the 2019 American League Champs, there's plenty of gear already on the shelves.

The Astros Union Station Team Store will be open until 7 p.m. Sunday. The store will provide free breakfast from 6 a.m. to 9 a.m. and one lucky shopper will go home with a $500 grand prize shopping spree.

One grandma went straight from church Saturday night to Academy even though she hadn't watched a game all year. She was buying a shirt for her grandson.

RELATED: Woman at Academy said she has not watched Astros all year

The shirts at Academy are MLB official, but they were printed locally at Trademarks Promotional Products in northwest Houston.

"We have a lot of excitement and pride," said operation manager Todd Longnecker. "This is like our World Series in screen-printing."

Just like the Astros, this isn't their first World Series.

"I have a sense of pride like, 'Hey I printed that shirt.'" said Longnecker. "I see our shirts from 2017 out all the time. It's a nice feeling."