Meet the man who wrote the viral Astros rally song 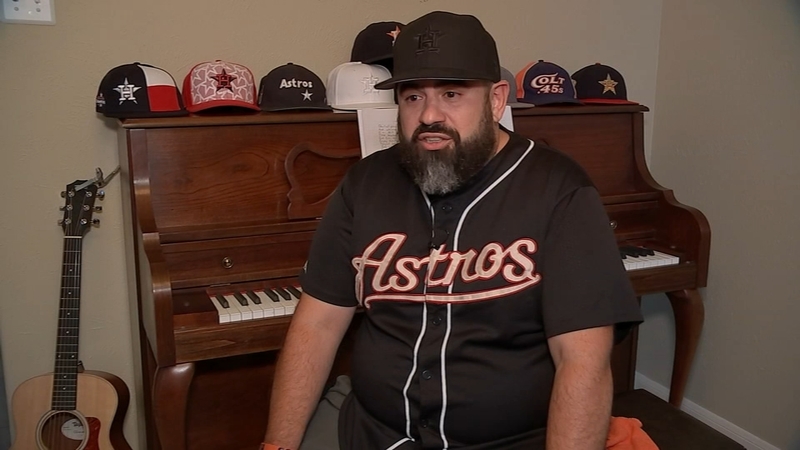 HOUSTON, Texas (KTRK) -- After dropping two World Series games at home, an Astros fan created a rally song that thousands have turned to.

Thomas Rivera wrote the lyrics to a tune inspired by a team he loves.

"I think they know how good they can be, honestly," Rivera said.

The song is written about the team he loves, but you might notice it sounds a little dark. "It's kind of an eerie, and kind of sad (song)," Rivera explained.

The reason he explained it as sad and eerie was because the song was written after the Astros fell to an 0-2 deficit in the World Series last Wednesday.

That was the moment Rivera decided Houston fans needed a boost. "I just wanted to rally some people and let them know these guys are good. Just enjoy it," Rivera recalled. "Win or lose, these guys are amazing."

"Coming back home with three wins of our own," Rivera's song says. A line that he only hopes comes true.
"Because if we could sweep them over there in Washington, we'll be coming back home with Gerrit Cole, Justin Verlander and a chance to win one out of two," Rivera said. "I mean, it would be pretty awesome."

After taking the first game in Washington, Rivera says the song took off. The video he posted to social media received more than 60,000 views.

"I never imagined I would wake up and see all these views," Rivera said.

The best part of all was hearing Astros fans across the country. "Strangers telling you, 'You have a lot of talent,'" Rivera recalled. "You got me pumped up for the game, or you made my day."

Changing attitudes is why Rivera said he wrote the song, and ended it a certain way. "In the end it goes to an A major, which signifies hope," Rivera explained.

Thanks to his piano playing, hope is what Astros fans have after dropping the first two at home.

"When they win it," Rivera said. "Yeah, we'll do another song for them."