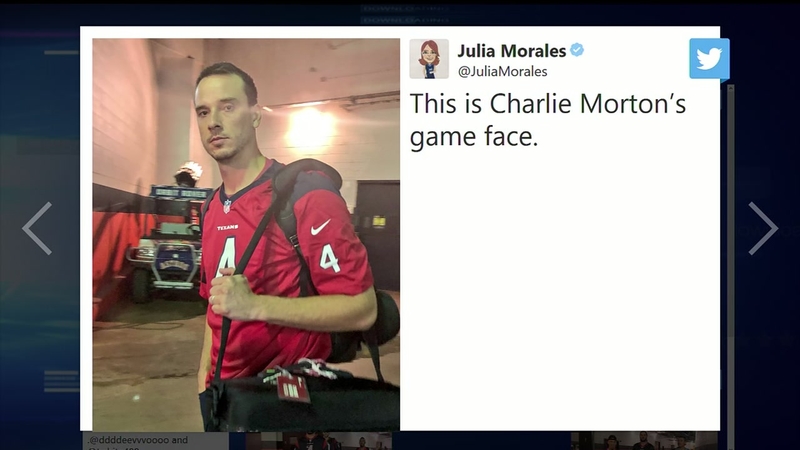 HOUSTON, Texas (KTRK) -- The Houston Astros have proven they have arguably the loosest clubhouse in the Majors, with the viral dugout stare as exhibit A.

The defending World Series champs proved it again on Thursday before heading out to the airport for the start of a six-game road trip.

The team decided to show pride to the Houston Texans as the NFL kicks off the 2018 season this weekend.

Hopkins' No. 10 was a popular number among players, with Jake Marisnick and the Astros' own No. 10, Yuli Gurriel, rocking the jerseys.

There was one Astro who elected not to wear a jersey from the NFL, choosing instead to represent a fictional football superstar.

Evan Gattis was spotted wearing the No. 9 of South Central Louisiana State University legend Bobby Boucher, who is the brainchild of Adam Sandler in the football movie "The Waterboy."

The jersey is authentic right down to the patch on the shoulder commemorating the Bourbon Bowl, the site of Bobby's climatic triumph in the film.