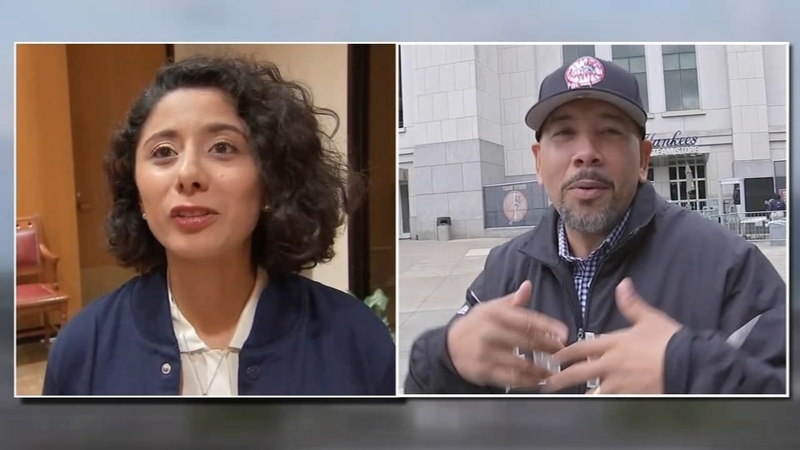 THE BRONX, New York (KTRK) -- The Astros are once again in the hunt to advance to the World Series, leading the Yankees 2-1 in the ALCS.

Hidalgo has made a friendly wager with Bronx Borough President Ruben Diaz Jr.

If the Astros beat the Yankees, Diaz agreed to send all the Bronx favorites to Harris County. Should the Yankees take it, Hidalgo has agreed to send root beer from Saint Arnold's Brewery, tamales from the Texas Tamale Company and brisket from Gatlin's BBQ.

The loser must also wear the opposing team's color.

"Ultimately, this is about pride in our communities," Hidalgo said.

"Judge, we're coming for you!" Diaz said outside Yankee Stadium.

Diaz is proud to be born and raised in the Bronx. He says Houston and his borough are a lot more alike than different with diversity and great food.

"We are the only county in the state of New York where the majority of the population is Latino, and I know in Texas there are a lot of Latinos," Diaz said.

Diaz is feeling confident about the series, but game recognizes game.

"You have to appreciate greatness," Diaz said. "Altuve, I'm going to give you guys that. He and Springer and Correa, you guys have got a group there that's talented, and they look like they're having fun when they play."

Should the Astros take next two games in New York, the series is over. If not, they head back to Houston.