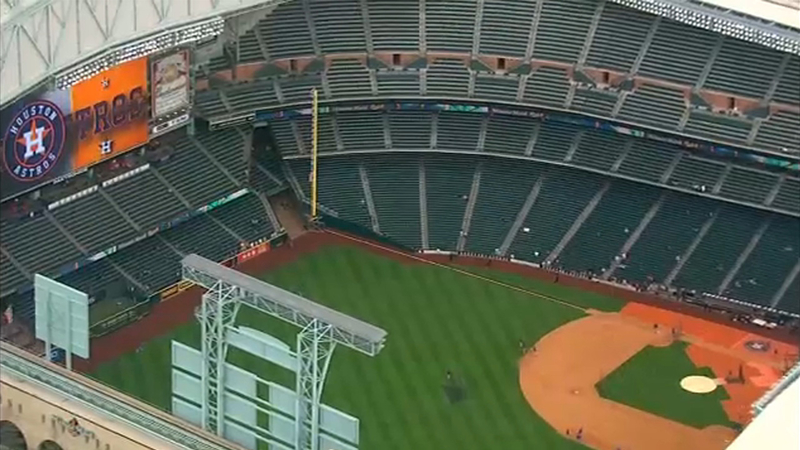 HOUSTON, Texas (KTRK) -- Houston Astros fans who want a piece of the ballpark to take home might want to take advantage of this upcoming sale.

Team historian Mike Acosta said on Twitter Sunday that seats from Minute Maid Park will be removed during the offseason for renovation.

But the seats don't appear to be up for grabs just yet. Acosta said that sales will begin soon for pairs of seats.

If you're interested, you can send an email and leave your phone number.

Anyone wanting to purchase seats from Minute Maid Park that are being removed this offseason for a renovation can email authentics@astros.com. Sales will begin soon for pairs of seats. Please leave a phone number. pic.twitter.com/JiBO5Kz2ev

However, the tweet was also elusive enough to leave fans with a few questions.

"What is the renovation going to look like? Do we have pictures of the plans?" one online user asked.

"Could you tell us more about the renovations?" another fan named Nathan asked.

"Let's bring in some rainbow seats!" another suggested.

The rainbow seats are likely a nod to the colorful seats that used to sit in the Astrodome, also once the home of the 'Stros.

Thousands of old seats from the Dome were sold in an online auction in 2015. Although we don't have many details on the renovation, this won't be the first change Minute Maid Park has seen lately.

The team said the protective net was upgraded to knot-less netting to allow for "an improved viewing experience for fans."

There were calls among players in the Majors to extend netting following recent incidents of fans being hit by foul balls. A small girl was hit by a ball fouled off of Chicago Cubs player Albert Almora Jr. during an Astros game in May.

This was the second time since 2017 that the Astros chose to extend the netting.

Other local teams have also opted to extend their netting, including Rice University. They made it to where every fan in attendance was protected by line drive foul balls.

A spokesperson said Rice received no complaints about the netting altering their view of the game.