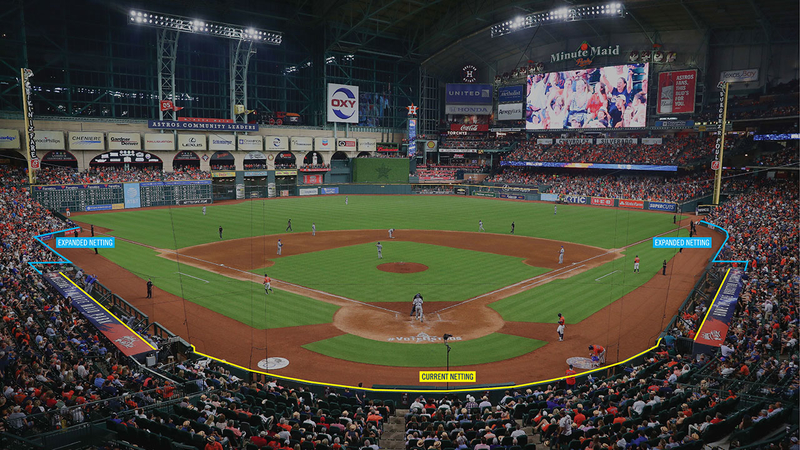 The new netting was put in place while the team was on a 10-game road trip.

While netting will be extended further down the left-field and right-field lines, the team said the protective net will be upgraded to knot-less netting, which will allow for "an improved viewing experience for fans."

The Astros offered this statement in announcing the extension and upgrade of the net:

"Fan experience is always a top priority for the Astros. The Astros have followed Major League Baseball's guidelines regarding netting while providing fans with a choice as to whether they sit in areas with or without protective netting. These changes will improve the fan's experience and increase the number of seats behind protective netting. Fans will continue to have the option to sit in areas without netting."

ABC13's Nick Natario talked to some Astros fans ahead of Monday's game against the Tigers, where the netting will be debuted.

"Safety is the number one thing when it comes to sports and fans," one of the fans said.

Other local teams have also opted to extend their netting, including Rice University. They made it to where every fan in attendance was protected by line drive foul balls.

A spokesperson said Rice received no complaints about the netting altering their view of the game.

There were calls among players in the Majors to extend netting following recent incidents of fans being hit by foul balls.

Earlier in the season, a small girl was hit by a ball fouled off of Chicago Cubs player Albert Almora Jr. during an Astros game in May.

This is also the second time since 2017 that the Astros chose to extend the netting.