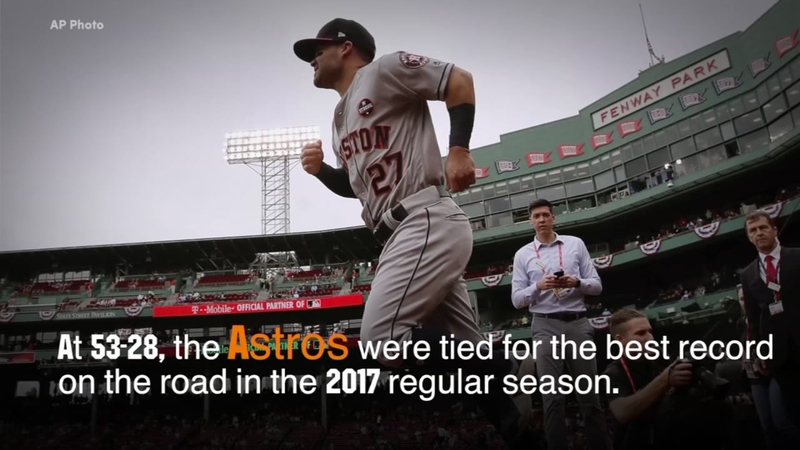 HOUSTON, Texas (KTRK) -- As the American League Championship Series shifts from Houston to the Bronx, the Astros will be defending their reputation this season as the league leader in away games.

The 2017 Astros boasted a 53-28 record in road games, which tied for first in the Majors. In fact, their road winning percentage of .654 eclipses their percentage of games won at Minute Maid Park, which is .593.

In the 81 games played outside of Houston, the Astros scored 501 runs, which is also best in the Majors this season.

While the bats energized the Astros on the road, their pitching had middling results.

Home teams against the Astros batted .255 in their matchups, which is good for 11th this season.

While this can be seen as average, the Astros were best in MLB for strikeouts and they gave up the sixth least home runs as the visiting team.

As a team, the Astros lost only five road series, with two of them consisting of sweeps.

As for their ALCS foes, the Yankees as hosts gave up three of four games to the visiting 'Stros. One of the games included a spoiling victory on the same night of Derek Jeter's enshrinement in the Yankee Stadium's Monument Park.