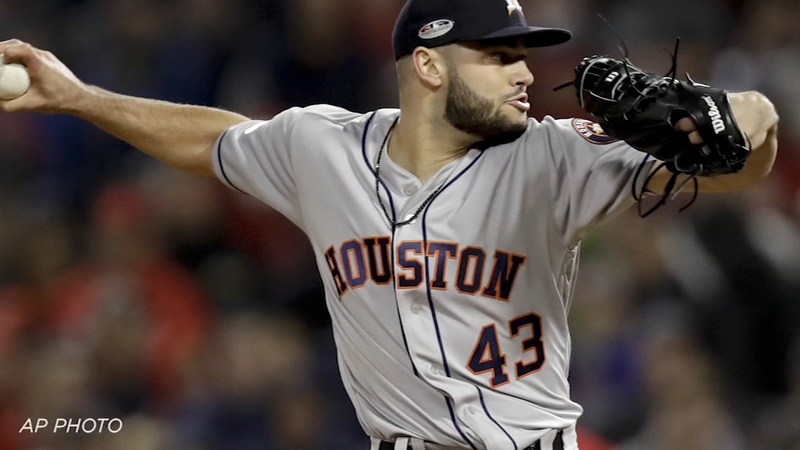 HOUSTON, Texas (KTRK) -- Astros fans are pushing to get pitcher Lance McCullers Jr. back on the mound to throw the first pitch for Game 6 Tuesday night.

In 2018, McCullers underwent Tommy John surgery on his right elbow, which sidelined him for the entire 2019 season.

Before that, McCullers was on the disabled list from Aug. 5 to Sept. 24, but came back in the final week of the season and made five playoff appearances.

The 26-year-old is keeping it positive post-surgery. A few days after his surgery, McCullers was spotted on video saying "It's comeback season."

He's also well aware that fans would like to see him back on the field. On Monday, he retweeted a fan who asked the 'Stros to bring him back.

Astros president Reid Ryan responded to the requests, saying that he loves Lance and what he does for Houston, but he already asked someone else.

Great idea. I’m one of @LMcCullers43 biggest supporters. The dude can deal and he does so much for Houston! Only problem... I’ve already asked someone else. Appreciate all the support. We would never have won a World Series without him.

We now know who that is. Later Monday, the Astros revealed that Houston Rockets legends Hakeem Olajuwon and Clyde Drexler will be part of the ceremonial first pitch, as Olajuwon will throw to Drexler.