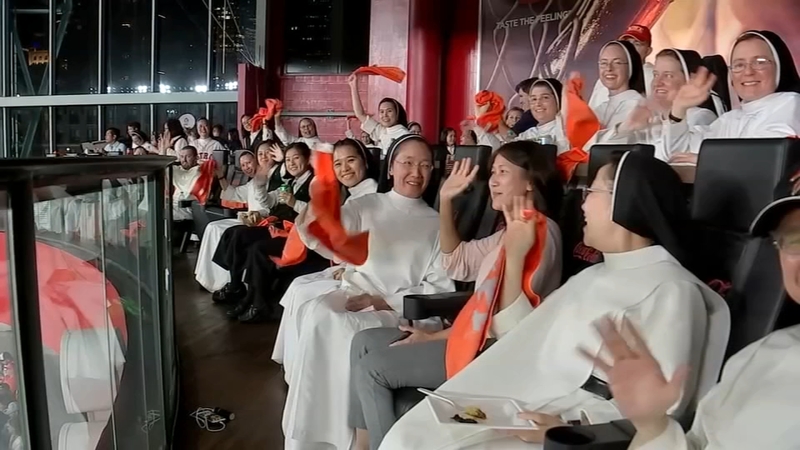 HOUSTON, Texas (KTRK) -- The Astros' rally nuns may not have made their way inside Minute Maid Park if it wasn't for Mattress Mack's high school background.

During the American League Championship Series, it was hard to miss the Astros angels in the outfield. In centerfield, a group of about 60 waved towels and cheered for the Houston team.

But they weren't your typical fans. Instead, it was a group of nuns.

The sisters were able to score tickets from Gallery Furniture's Jim McIngvale, also known as "Mattress Mack," who recalled it wasn't easy at first.

"My nuns need to be doing lesson plans for the children the next day," McIngvale recalled. "I said, give them a break!"

McIngvale thought Astros fans would enjoy seeing the nuns, but he had no idea the attention they'd receive.

"I thought people would like it," McIngvale recalled. "They're in the Coke suite which is kind of high. They love putting the TV camera inside Minute Maid on them."

The nuns are no stranger to Mattress Mack. They teach a class inside the school at his furniture store. But the connection goes deeper.

"I went to the Dominican High School in Dallas many years ago," Mcingvale explained. "Bishop Lynch High School, my father founded that high school 50 years ago and so I've been close to some of the Dominican priests and Dominican nuns for years."

Over the years, Mcingvale said he's donated mattresses and furniture to the group. This time, he decided on Astros playoff tickets for the nuns.

"They've dedicated themselves to a cause. A singular cause. And, in this day in age, that's worth admiring," McIngvale said.

It's an admiration Astros fans are falling in love with as well -- Angels in the outfield that will be at the first two games of the World Series.

"In many ways, we're in a dark age right now, and the nuns bring some shining light, as President Bush 41 would've said," McIngvale said.

If they win the next two games, ABC13 asked Mattress Mack if he'll fly the nuns to Atlanta. He hasn't gotten that far.