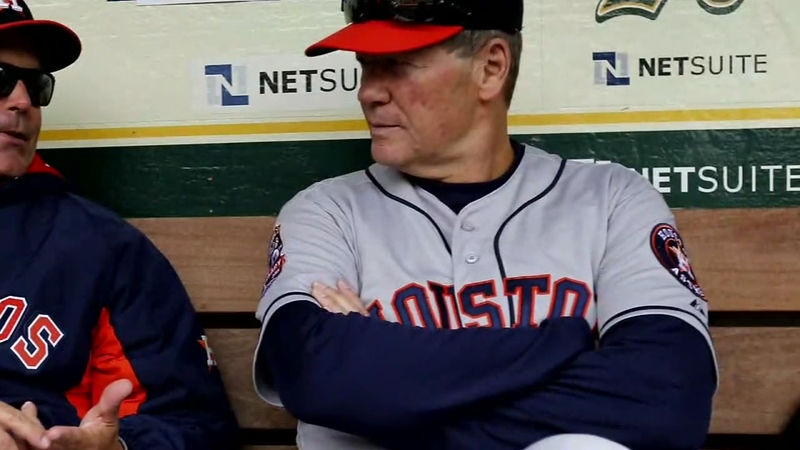 HOUSTON, Texas (KTRK) -- If you ask any of the Houston Astros players, it was team work that got them their first World Series championship. The same goes for the team of doctors involved in the life-saving brain surgery of Astros first base coach Rich Dauer.

"His brain exam was close to being brain dead," said Dr. David Cech.

The day before the World Series parade, Dauer fell at home and hit his head -- never knowing a small brain vessel had erupted.

"Apparently during the parade he had become more and more ill," said Cech.

Cech just so happened to be in his office doing some paperwork the day Dauer was rushed in to Methodist Hospital.

"I received a phone call (and) they really needed help with the surgery," he said.

Cech said Dauer had developed a swelling blood clot on the right side of his brain and it was squeezing his brain quite severely and there was a chance he would not survive. However, Dr. Cech performed a difficult three-hour surgery.

"The fact that I was here doing unnecessary paperwork ended up being a good thing," he said.

Dauer's wife is now calling him a walking miracle. But what caused the blot clot in the first place?

Dr. Cech said Dauer had been taking blood thinners. which can be very dangerous.

"(Blood thinners) which have the good effect of preventing the blood from clotting if you have heart problem but have the bad effect that if bleeding starts on your brain the normal blood clotting mechanism just doesn't work," he said.