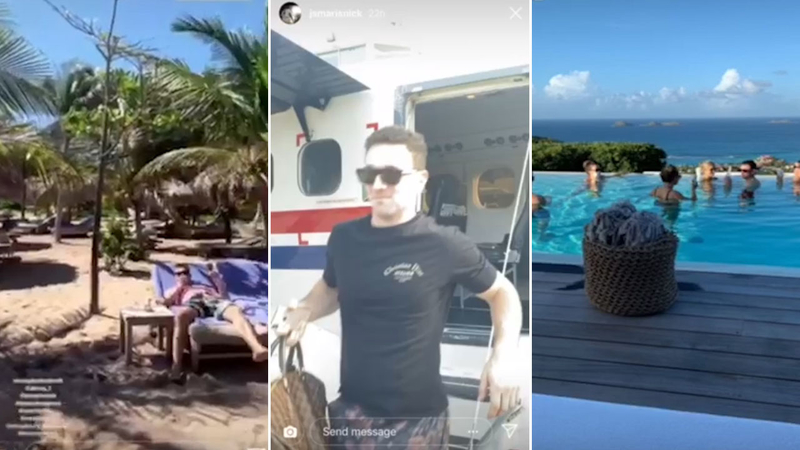 Alex Bregman and Jake Marisnick live it up in Caribbean

The season is over, which means, it's time for some downtime for the Houston Astros, and they're doing exactly that.

Astros stars Alex Bregman and Jake Marisnick are enjoying their time off the field in the French Caribbean Island of St. Barts.

The third baseman and outfielder shared photos of their extravagant trip with fans on Instagram. Both players posted pictures with their significant others and friends.

But they're not the only ones who have been enjoying their time off.

Just over the weekend, Astros slugger Jose Altuve and his wife Giannina shared the news that they would become parents to a second girl.

On Monday, Carlos Correa and Daniella Rodriguez tied the knot during a courthouse ceremony - just a month away from the big December wedding.

While we're counting down the months until the beginning of the new season, these guys are out and about living their best lives.