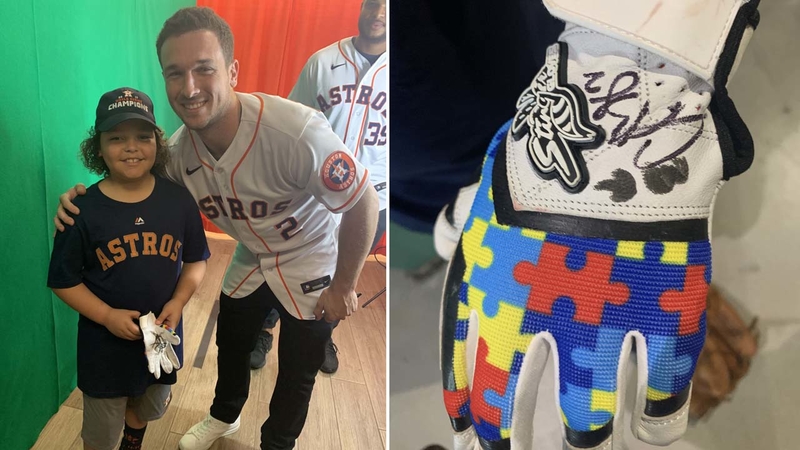 HOUSTON, Texas (KTRK) -- A Deer Park boy with autism who invited Houston Astros third baseman Alex Bregman to his birthday party got his wish granted, although not quite as he probably expected.

Bregman didn't go to his party, which happened over the weekend, but he did meet 8-year-old Raider.

It turns out Raider ran into Bregman during the 2020 Houston Astros FanFest on Saturday. The event gives fans the chance to get autographs, pose for pictures, listen to their favorite players at forums and participate in activities.

Raider got a picture with Bregman, who also signed his puzzle piece batting glove.

The puzzle piece is a well-known symbol of autism awareness. 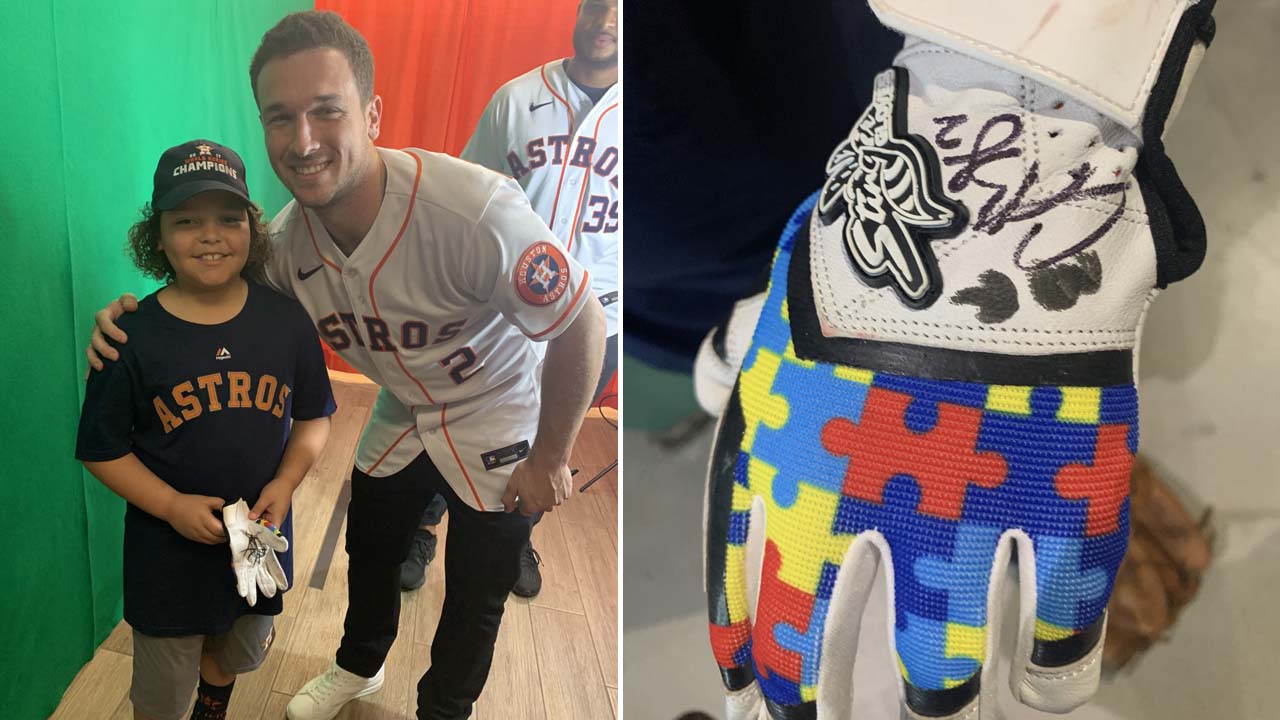 Last week, Raider and his brother Madden teamed up in a 38-second video on Facebook to try to get Bregman to the party.

"He wants to know if y'all can share this and give it to A-Breg," Madden said.


Madden did the talking in the video, because he says Raider is shy.

Their mother, Felicia Evans, said this was the second year the boys had made the special request.

Evans noted that someone at FanFest recognized Raider from the story, so it looks like getting the word out paid off!

RELATED: Alex Bregman to donate to autism charity for every Astros win in April