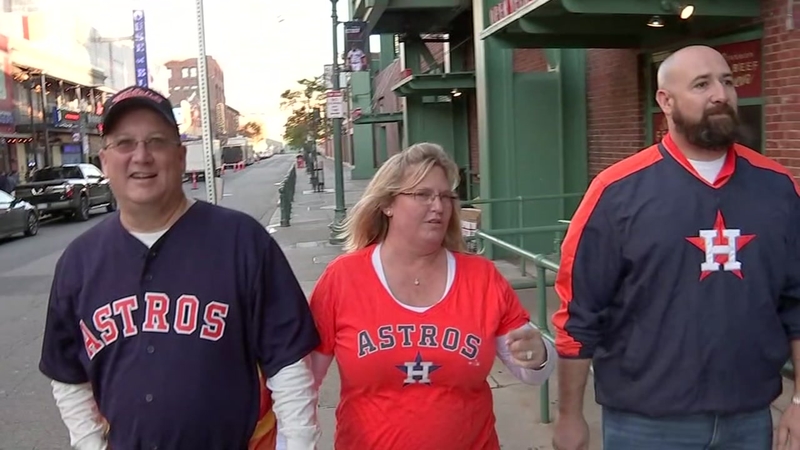 BOSTON, Massachusetts (KTRK) -- While the Houston Astros were inside Fenway Park for batting practice on Friday, diehard fans were outside the stadium getting the lay of the land before Saturday's big game.

Game 1 of the ALCS will get underway at 7:09 p.m. Houston time Saturday, but the energy is building among Astros fans who made the journey to watch the team in their race for a repeat.

"Oh, I have no doubt they're going to kick some butt," Astros fan Teresa Lee said.

Three Houston fans we bumped into in Boston said they wanted to get in early to see the sights, mainly a tour of baseball's oldest stadium.

Anthony Olivo said he was already buying up tickets when the Red Sox beat the Yankees in the ALDS.

This is the second consecutive year the Astros have played the Red Sox in the postseason.

Last year, Houston beat Boston in the ALDS. This year, the stakes are higher with a ticket to the World Series on the line.

Although Astros fans are a far way from Texas, they aren't worried about wearing their orange and blue gear around town.

"I've had nothing but respect from the Bostonians, and they're great people. We're pretty lucky to have people like that, that respect out of town fans," Olivo said. "Everybody here has been wonderful. They're friendly. They've encouraged us. Now, they still want to kick our butt, but it's been a great time. Everybody is a lot of fun."