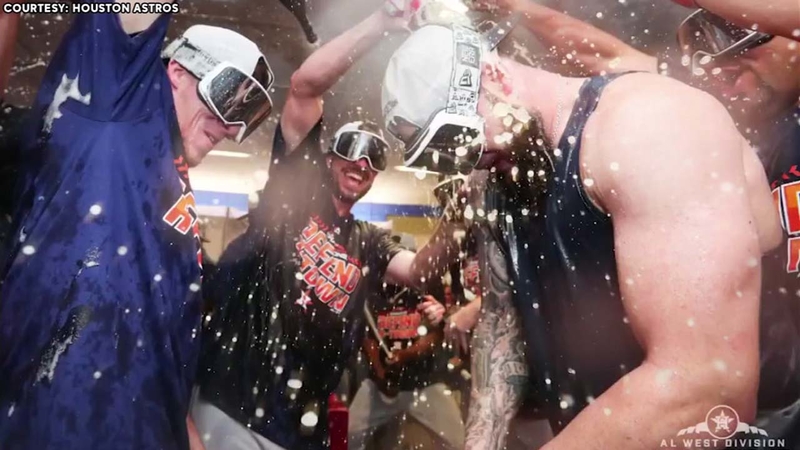 TORONTO, Canada (KTRK) -- It may come as dubious, but after the Houston Astros lost to the Toronto Blue Jays on Wednesday afternoon, the team celebrated.

You see, the Astros had to wait more than 15 hours to crack open the champagne on winning a second straight American League West championship. After their win Tuesday night, they had to wait for the outcome of the Oakland-Seattle game that ended hours later in the middle of the night.

Oakland lost in a game decided by a walk-off home run in extra innings.

The Astros were indeed watching, and as the fly ball in Seattle sailed out, the team and their wives and girlfriends appropriately erupted:

At that moment, they were AL West titleholders. But they would have to hold off on the proper celebration until after they completed their matinee game, which turned out to mean much less than what could have happened if Oakland won.

In the video above, you can be a part of the celebration.