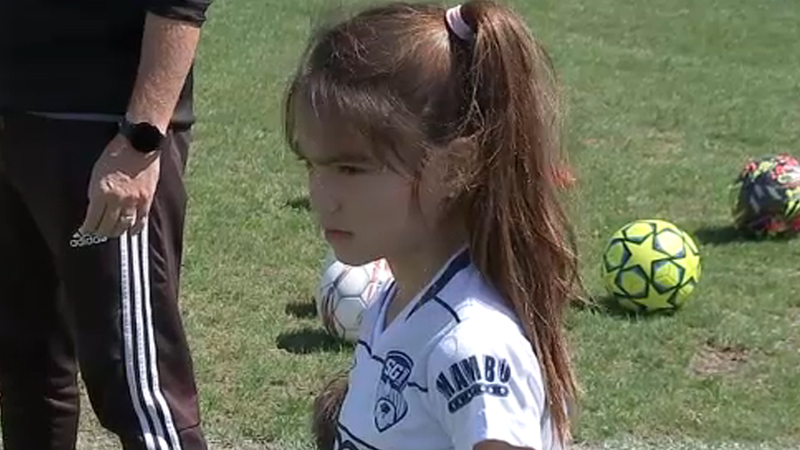 HOUSTON, Texas (KTRK) -- A Houston-area soccer club is rethinking its rules after a little girl was told she couldn't play with the boys.

Everyone seems to agree Evangeline Broughton is good enough to play with the boys in her youth soccer league. But this weekend, she was benched from doing just that.

"She's probably one of the top two or three players in the whole club in this age group," said her coach Michael Carroll. Despite her talent, Evangeline had to sit on the sidelines and just watch.

The young athlete told ABC13 she felt sad and "kind of mad" when her family learned she couldn't play alongside the boys. Now, Evangeline's mom, Paula Broughton, wants her daughter to get the chance she feels every player deserves.

"We were told by the league that she couldn't play because she was a girl, and they're not accepting girls playing with boys," Paula said. "My daughter is being discriminated by gender or because of her gender."

The president of PDF Houston, Olivier Finidori, told ABC13 last summer their board and all the teams in the league agreed to the rules - girls against girls and boys against boys. Finidori added that he is open to dialogue and explains he wants to find a solution that's good for Evangeline and every player in the PDF league.

"We invite the family to meet and discuss the answer for the player and for all the players of the league and their best interests," Finidori said.