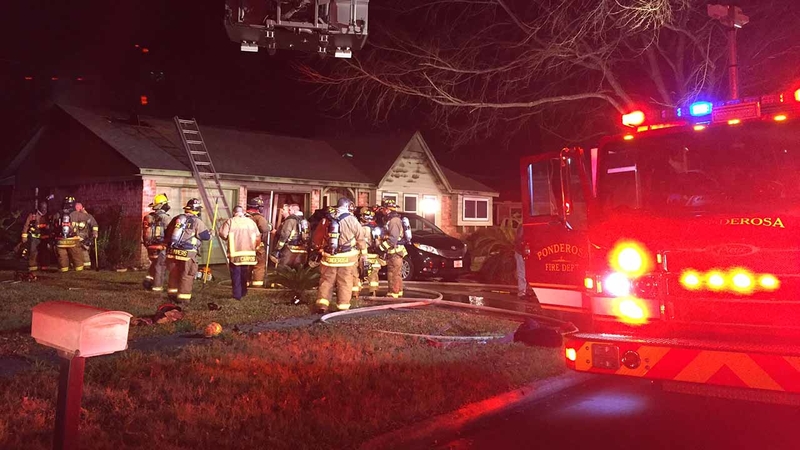 HARRIS COUNTY (KTRK) -- One woman was killed and another injured after a house fire in north Harris County.

A trip to go help a friend at his house and Bob Howell never expected to return to his home, located on Brinkwood Drive home near Richey Road, with a street full of firetrucks and house full of smoke. He would find out some devastating news about his wife.

"There's nothing anybody could do for her," Bob Howell said.

His wife, Mary Howell, was bound to a wheelchair, had ongoing health issues for years and had a total of 48 surgeries. Her husband believes she may have been sleeping when the fire started and she often used medicine to help her sleep.

"It took me three years to talk her into marrying me. She said one of us would have to die to get out of the marriage and we hadn't planned on that anytime." he added.

Firefighters and a neighbor who lived on the street tried to help, but the smoke was too thick initially.

"I gave him the code to get in and he couldn't get in and they took him to the hospital," Bob Howell said.

Bob Howell watched his wife suffer for years but he says they had 30 years of very good times.

"I know she's in a better place," he added. He suspects electrical issues due to the age of the home.