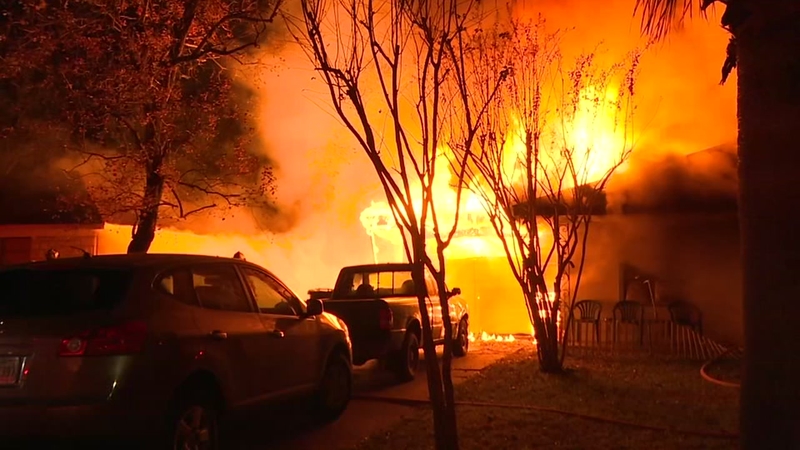 HOUSTON, Texas (KTRK) -- One man was taken to the hospital after massive flames burned his home in southwest Houston.

Firefighters arrived at the scene to find massive flames taking over the house.

Crews went into the home after a neighbor reported that a man was trapped inside.

Brandy Bay told ABC13's Courtney Fischer that he initially smelled smoke from his room. He went outside and saw flames next door.

"It was huge. I could barely see the frame of the garage. Looked like my house was about to get caught on fire too," Bay said.

Bay said he was worried his neighbors were inside, so he broke the windows and started yelling for them.

Fortunately, the woman not home, but her son was inside.

FF rescued a man thru a window as fire engulfed his house. He was taken to the hospital. Appears the fire started in the garage. #abc13 https://t.co/VC61QwFa00 pic.twitter.com/26ANYRqOfP

Firefighters were able to go in and rescue the man.

He was taken to the hospital. His condition is unknown.

The fire chief said he believes the fire originated in the garage.

Arson investigators are working to figure out how it started.