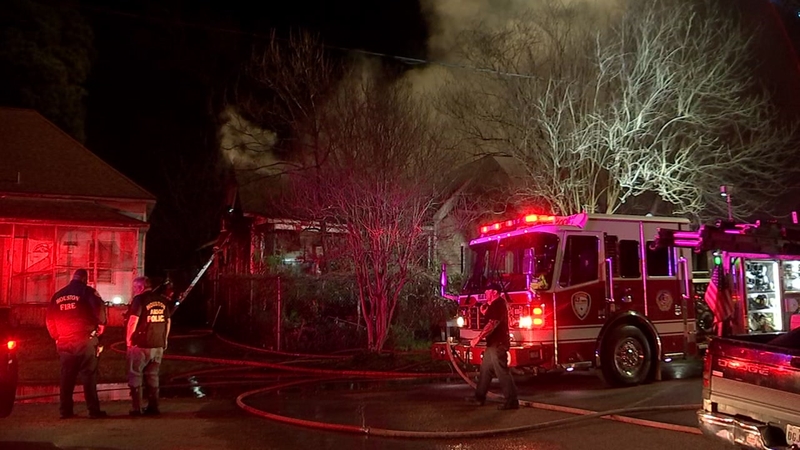 HOUSTON (KTRK) -- A 95-year-old woman was rescued by firefighters after a blaze broke out inside her home.

The fire happened just before midnight at a home on Common Street at James.

Firefighters say when they arrived, they found flames shooting from the roof of the home.

Neighbors say it appears the fire began in the back of the home before the roof gave way.

"Flames were shooting out the back...and then the whole roof caught on fire and gave in," says neighbor Ricardo Moreno.

Rene and Erica Gonzalez were also eyewitnesses to the fire, and say they watched the dramatic scene unfold.

"We were afraid it was going to spread," Rene Gonzalez tells Eyewitness News. "We saw five-foot flames."

"It was scary," Erica Gonzalez added.

The 95-year-old woman is said to be doing okay, and was taken to the hospital as a precaution, according to firefighters.

HFD District Chief Justin Barnes says they are grateful they made it in time.

"That's our number one mission, the safety of firefighters and civilians," Barnes says. "Anytime we can get someone out of the house, it's a great feeling."