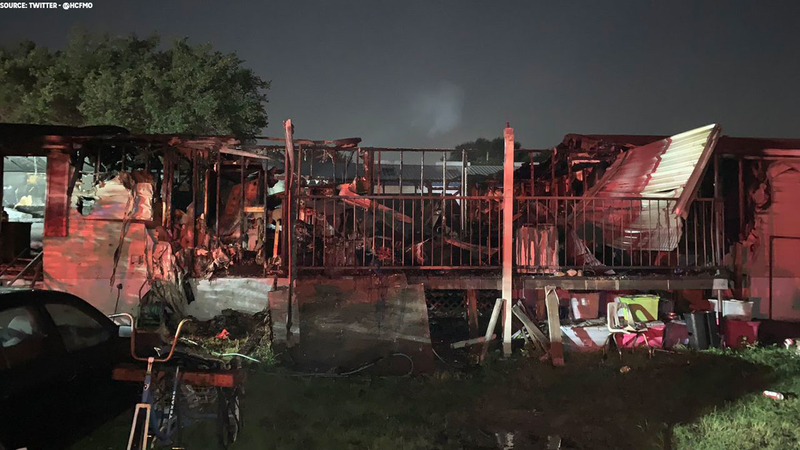 Authorities in north Harris County say a woman was killed during a house fire early Friday.

At around 4 a.m. multiple crews responded to a call of a fire in the 1500 block of Mooney Road near Imperial.

Upon arrival, the Harris County Fire Marshal's Office said a mother and her two children, a 22-year-old man and a 13-year-old girl, were inside the mobile home. They said the woman's two kids made it out, but the 44-year-old mother was killed in the flames.

According to fire officials, the victims reported that they did not hear smoke alarms going off during the incident.

Investigators told Eyewitness News the home is a total loss and they are working to figure out if the home had working smoke alarms.

Firefighters have also reported falling through the floor while doing a search in the home.

At this time, crews are still investigating and have contacted Red Cross to help the woman's kids.

One 44 year old female is deceased. A 13-year-old female and 22-year-old male were able to escape the fire. Investigators have started the initial scene investigation. pic.twitter.com/6Tr3zIHSQP