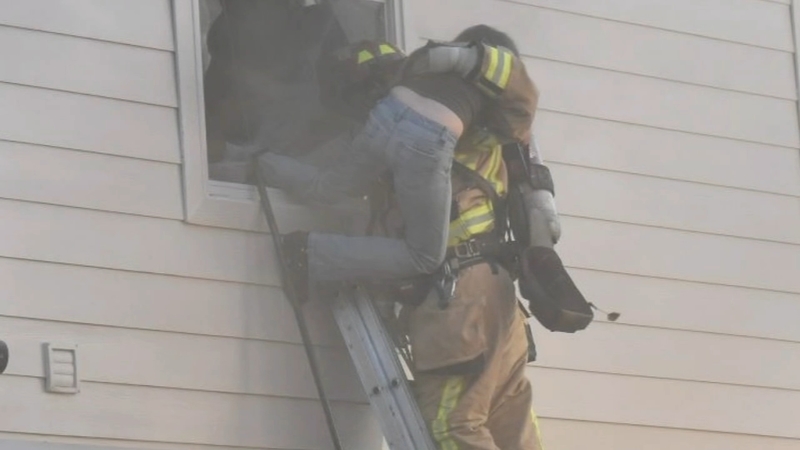 SPRING, Texas (KTRK) -- It was just another day on the job for Ashton Thompson, but on Tuesday morning he got a 911 call he will likely never forget.

"I was surprised at how calm she was," he said.

The woman on the other end was trapped on the second floor of her home after it caught fire. The smoke was spreading fast. Crews were on the way.

"I was just hoping (the crews) got there faster than the fire did," he said.

Working under pressure, Thompson had to make sure to keep the victim away from the deadly smoke, but also let crews know exactly where she was in the house.

"(She) listened to all I said, she followed my instructions to the T," he said.

Thompson directed her to place blankets under the door to keep the smoke out and he also told her to crawl low, staying close to the bedroom window.

"It was a rush of emotions," he said.

Just in time, the Spring Fire Department arrived knowing exactly where to find the victim.

"I dented the window. I was about to make entry, I swept under the window, I actually I felt her," Spring Fire Capt. David Paige said. "Ash told her get low, get away from the door, it saved her life."

From the 911 call to the search and rescue effort, it was team work that got them through it together.

"She listened to every word I said, every task I gave her, so really, she saved her own life, I was just giving her the tools that she needed," Thompson said.

The victim is at Memorial Hermann Hospital, where she is expected to make a full recovery.