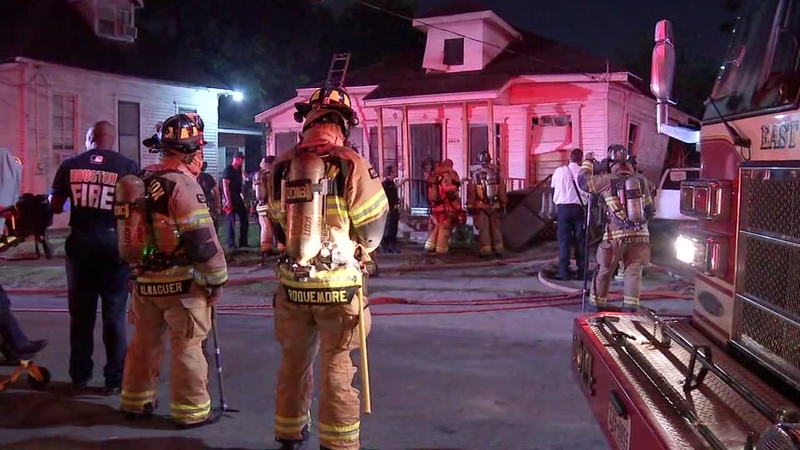 HOUSTON (KTRK) -- Arson investigators are trying to find out what set off a violent explosion at a home in southeast Houston.

Four people were taken to the hospital with burns after neighbors said a powerful blast sent debris into the street on Walker Street at Milby.

Houston firefighters said they suspect the explosion began at the gas meter, but it will be up to arson investigators to make that final determination.

"Transport patients were already outside the structure upon arrival, so we're really not sure how or when that happened," said HFD District Chief Theodore Rocha.

The victims all suffered burns between their fingers and their elbows, and were taken to Memorial Hermann Hospital.

Glass and wood is strewn across the area where the investigation continues this morning.

NEIGHBOR: I thought it was a car hitting the building
EMBED More News Videos

"The whole wall on the right side is gone," said neighbor Richard Reyna.

Neighbors told Eyewitness News they heard a loud bang before the house erupted in flames.

"I heard the explosion and I thought it was a car hitting the building," neighbor Richard Reyna said. "But I came out, and the whole wall on the right side is gone."

The power of the explosion is evident as windows are shattered around the home.

Firefighters said they were grateful they were able to contain the fire quickly before it spread to nearby homes.