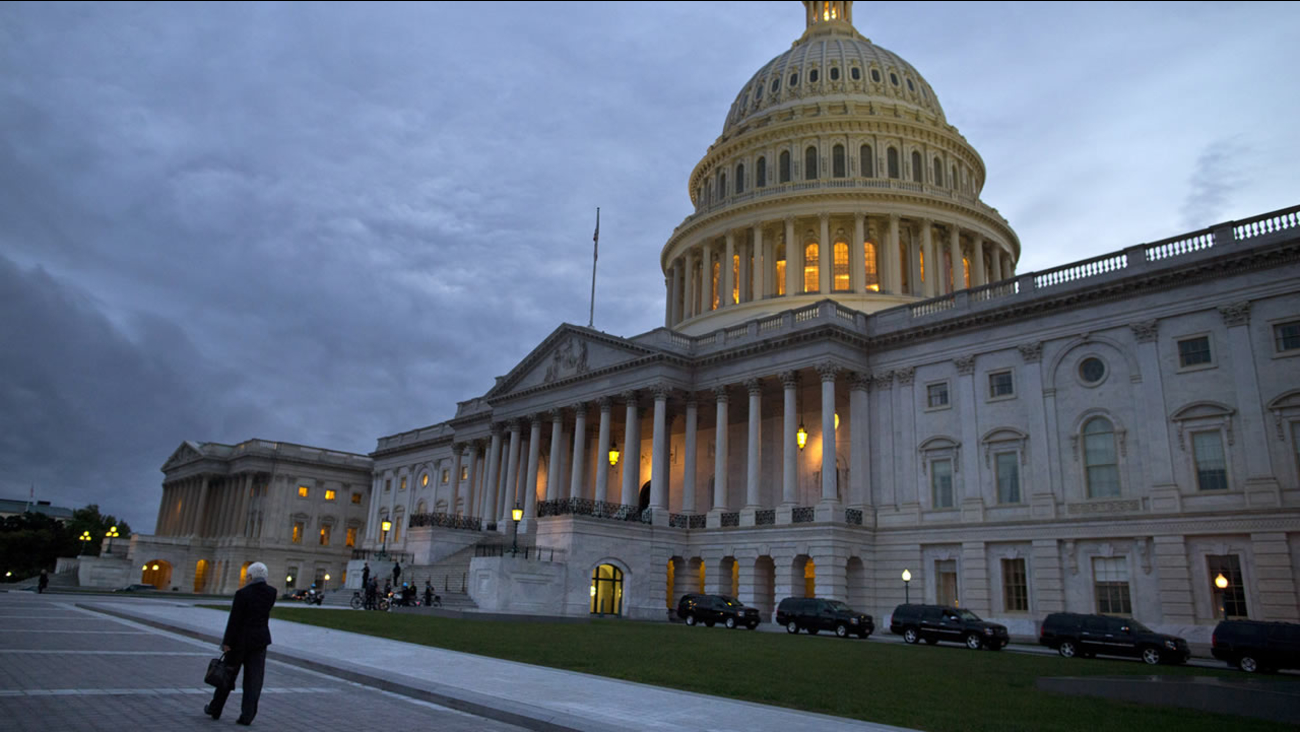 WASHINGTON -- The Senate has easily passed the sweeping budget and tax measure, sends it to Obama to sign into law.

The House has passed a $1.14 trillion spending bill to fund the government through next September earlier this morning.

It's a peaceful end in the House to a yearlong struggle over the budget, taxes, and Republican demands of President Barack Obama.

Senators are expected vote on the budget measure in combination with a year-end tax plan that gives breaks to working families and a wide variety of business interests.

Friday's action promises to finish up a surprisingly productive, bipartisan burst of late-session legislation in a divided Congress.

It gives him many of the spending increases he's demanded all year. GOP victories include a big boost for the military and the end of a four-decade ban of exporting U.S. crude oil.
Related topics:
budgetgovernmentu.s. & world
Copyright © 2022 by The Associated Press. All Rights Reserved.
TOP STORIES
Officials say arrest of man in corporal's murder was state-wide effort
Deputies escort body of fallen HCSO Sgt. to funeral home
Biden confirms he will nominate first Black woman to SCOTUS
Armed driver was trying to rob another driver on Katy Fwy, police say
These jobs are hiring, and they pay more than $14 an hour
Cool temps through the weekend with a warm-up next week
K9 stabbing suspect accused of killing father with dumbbell
Show More
No bond granted for suspect in Pct. 5 corporal ambush killing
Attorney of man questioned in dad's death wants him to seek help
HPD officer's bodycam video released in crash that killed 75-year-old
You could get paid to get your COVID vaccine or booster
World remembers Holocaust as antisemitism rises in pandemic
More TOP STORIES News