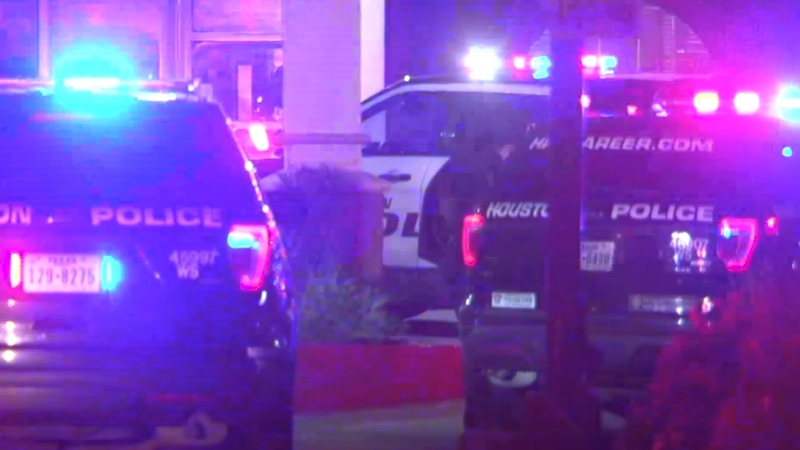 HOUSTON, Texas (KTRK) -- A man was shot to death at a southwest Houston hotel early Saturday in what may have been a case of jealous rage, authorities said.

It happened around 2 a.m. in the 11200 block of Southwest Freeway near West Bellfort Avenue.

Three people were inside a hotel room when the gunman broke down the door and opened fire, hitting one man inside, according to Houston police.

Another man in the room jumped out of the second floor window to escape, and a woman inside called for help, police said. The woman was not hurt in the incident.

Investigators said the shooter was the woman's jealous ex-boyfriend and was seen leaving in a black four-door vehicle. The relationship between the man who was shot and the woman wasn't clear, police said.

The victim, a man in his 30s, was not immediately identified.