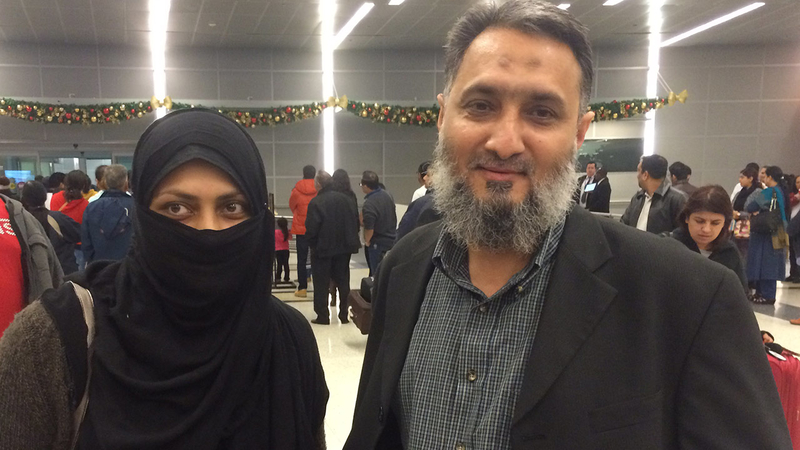 HOUSTON (KTRK) -- Parents of a terminally ill patient have arrived in Houston, but are now hoping they aren't too late.

Two weeks ago, we introduced you to Qirat Chapra. The 18-year-old suffers from an auto-immune disease, and, for months, doctors have said she doesn't have much time to live. Her dying wish has been to see her parents.

"I'm only surviving because of all these prayers and all this belief and living up to each day that my parents would come and hug me," she told us.

Qirat was born here, so she's an American citizen, but her parents aren't.

They have applied for VISAs several times, but have always been denied.

"Government and media and American people -- thank you for help us," said father Idrees Chappra when he and his wife landed at the airport.

But, once they arrived at Memorial Hermann Hospital, they got the news. Qirat has been unconscious since midnight.

"My last wish to see them. I do not want to leave this world without seeing them. I spent all my life, and I don't know how long I'm going to stand," Qirat told us two weeks ago.