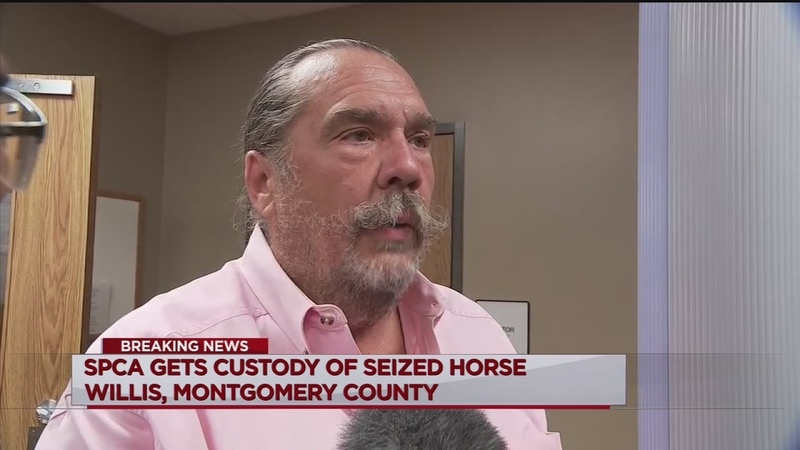 SPCA gets custody of horses seized from Conroe farm

HOUSTON (KTRK) -- After eight hours of testimony, a judge on Tuesday granted the SPCA custody of 201 emaciated horses that were seized last week from a Conroe farm.

The Houston SPCA and Montgomery County told Eyewitness News the horses are believed to be in the worst shape when they were discovered at the Calico Dairy farm.

Husband-and-wife farm owners Herman and Kathleen Hoffman are each charged with three counts of animal cruelty.

On Tuesday, Herman Hoffman represented himself and his wife in the hearing.

He said, "I have never mistreated an animal," and "I won't go to sleep at night knowing something is not fed or cared for."

Hoffman said he believed everyone had intentions of destroying his business.

His wife also testified that she grew up in Oregon and raised horses as a child.

But the county attorney painted a different picture of the couple. Prosecutors alleged that the couple denied the horses food, water, care and shelter; they also pointed out that the sheriff's office had been urging the family to take better care of the horses for about eight months.

Ultimately, the judge agreed and granted the SPCA custody of the animals.

"It was the judge's decision today and I can't say any more about it and we'll go from there," Herman Hoffman said. "I did everything in my power to feed them. But when you hire a person to work for you and you say it is your job to feed it, you pull your hair out every night going around and checking on what everybody didn't do; and then they (authorities) come in and say oh, it's your fault."