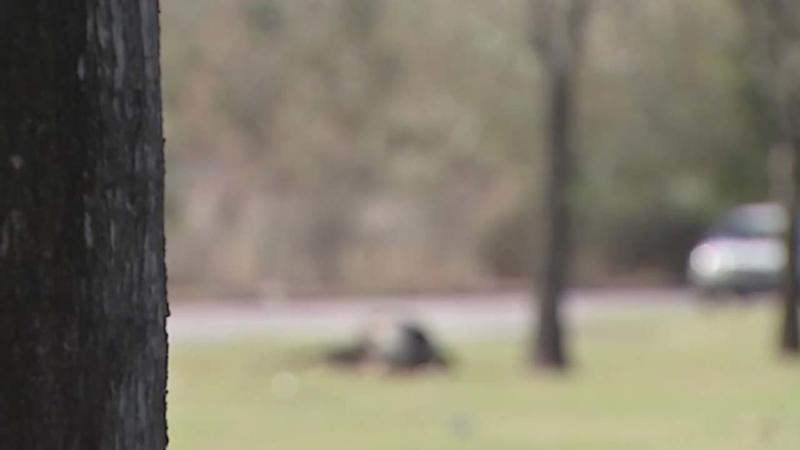 HOUSTON (KTRK) -- Dead horses seem to be the norm on a particular stretch of Houston roadway. We're talking about Bellfort Street between Cullen Boulevard and Jutland Road near Bastian Elementary School in southeast Houston.

On Tuesday, ABC13 found another carcass thrown out into the median. Neighbors told us the dead animal had been there for days, left exposed and for everyone to see. They told Eyewitness News it's so routine they often don't take a second look.

"That happens all the time around here. The horse dies or whatever," said passerby Demetrius Byrd. "They just put it in the middle and wait for the city to come get it. It's normal. I mean it's normal."

People we spoke with at nearby stables couldn't shed any light on the situation.

Houston police officers told ABC13 there may be a financial reason the carcasses are thrown out in public. The dead animal then becomes the city's problem. While breaking the law, the culprit does get away with paying a $99.61 fee to the city's solid waste department.

The carcass was removed following a call from our Steve Campion. Animal control officers also showed up and questioned residents.

We first reported about this problem in January.