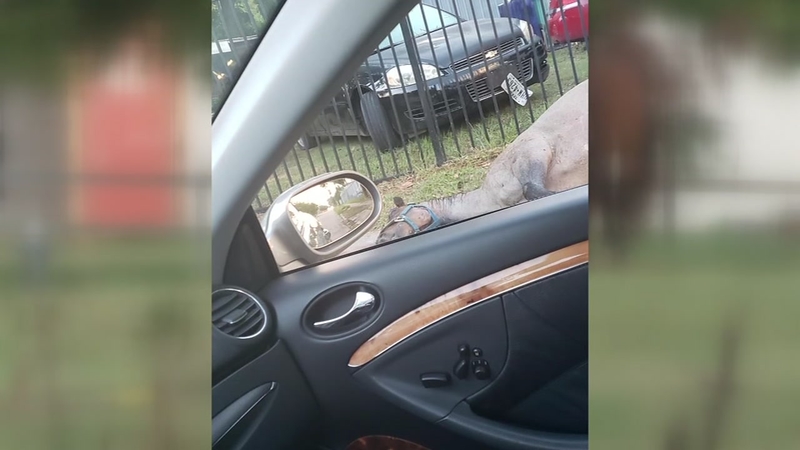 HOUSTON, Texas (KTRK) -- A woman says it took the city too long to remove a dead horse spotted on a sidewalk in Acres Homes.

Dr. Yvonne Clark told Eyewitness News she called Houston 311, the city's help and information line, to report the dead animal on Monday after seeing it on her way home from work.

She said it was blocking the sidewalk in the 7100 block of W Montgomery and Utah.

She went outside early this morning to make sure the horse was gone but saw it had not been removed.

ABC13 called the city to follow up. Within an hour, a solid waste services truck arrived, used a claw to pick up the horse and hauled it away.

It's still not clear how the horse died or who owns it.

The city says it didn't get a call from any horse owner in the area for a dead horse removal.

"It's very disturbing. I don't know the circumstances in how the horse died, but I was really sad to think that someone would leave a horse on the sidewalk, a major thoroughfare, where there's foot traffic and automobiles coming through," Clark said.

Fire Station 67 also came out to hose down the sidewalk.

A similar incident happened in 2016 in southeast Houston. Neighbors at the time said the horse had been there for days.

The carcass was later removed after a call from ABC13 reporter Steve Campion.

If you do need to request a dead animal collection, call 311.

The city charges $102 to remove a large, dead animal. They do ask owners to place the horse near a road for their crews to pick up.