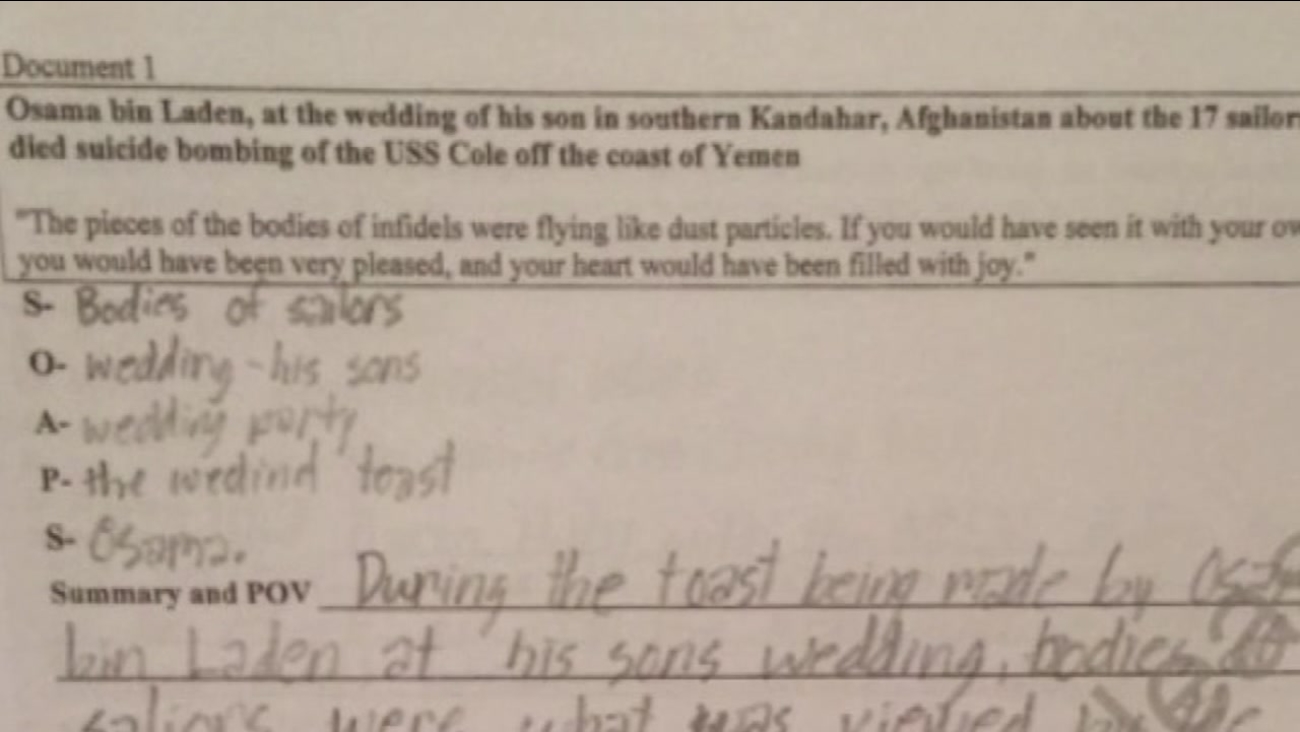 HOUSTON (KTRK) -- The mother of a ninth grade HISD student is furious over a homework assignment that instructed students to analyze the words of an ISIS recruiter.

The assignment was given to the 9th grade geography class just days after the terror attacks in Paris.

ABC-13 obtained a copy of the assignment. It instructs students to analyze the point of view of several passages and identify the subject, occasion, audience, purpose and speaker (S.O.A.P).

The first example is from a blog entry from an ISIS recruiters tumbler site. The subject deals with different kinds of women needed to join ISIS, professionals, police and wives. The "audience" is "woman anywhere who might want to join ISIS".

The second article included a quote from Osama Bin Laden. The quote is in response to the bombing and killing of 17 sailors on the USS Cole. Students were instructed to analyze Osama's the following quote:

Theresa Bosley's daughter is in that 9th grade class. Bosley found out about her daughter's assignment by chance. She said if you are going to teach about ISIS, don't stop there.

HISD released this statement:
"The intent of the assignment was to teach students critical and analytical thinking skills using current events. The district will review the assignment and follow up with the campus, if needed."