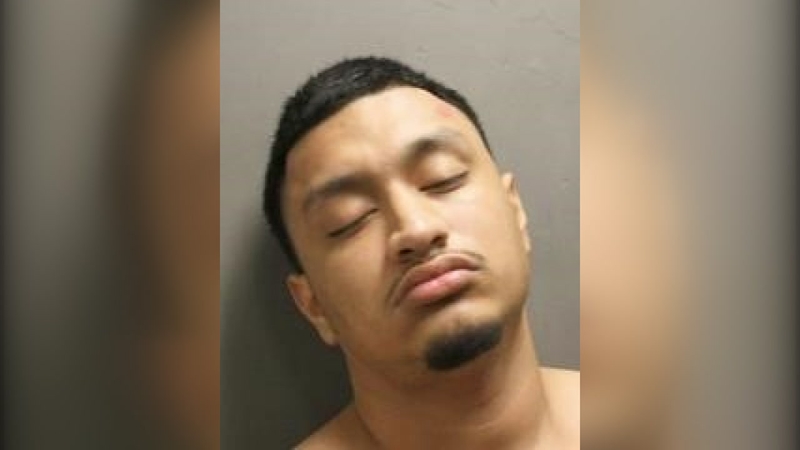 HOUSTON, Texas (KTRK) -- Deputies have charged a 22-year-old man with felony murder and felony possession of a weapon after he ran over and killed a homeless woman while fleeing from authorities.

The Harris County Sheriff's Office tells Eyewitness News the chase began around 5:55 a.m. during a traffic stop for reckless driving on I-45 in north Harris County.

According to Harris County Constable's Precinct 1 Office, Julian Marcelino Sosa did not stop and proceeded to exit I-45 at a high rate of speed.

The driver was in the U-turn lane of I-45 near Rankin when he went across all the lanes and struck a homeless woman underneath the overpass.

Authorities say the driver attempted to run away from the scene but was found a quarter mile away.

The constable's office says the woman was taken to the hospital and the driver was arrested.

Sosa was transported to a local hospital for precautionary examination, and a mandatory blood draw was conducted.

During an inventory of the suspect's vehicle, deputies say a handgun was located.