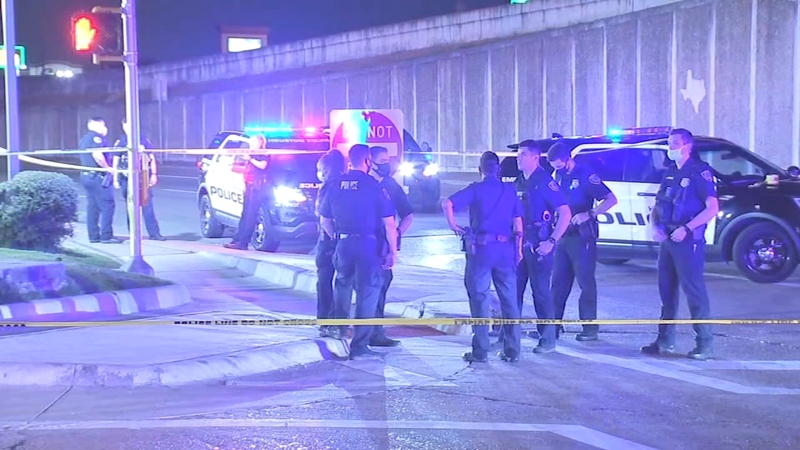 Man in wheelchair shot to death in north Houston

HOUSTON, Texas (KTRK) -- A man who authorities believe may have been caught in the crossfire of a gunfight died Saturday in north Houston, police said.

Officials said 34-year-old Jarmel Joiner was shot to death and the Houston Police Department said a search is underway for the suspects.

The shooting happened around 2 a.m. on Crosstimbers Street near the I-45 North Freeway.

Witnesses said the incident began when they saw several black men hit the victim before one or two of the suspects pulled out pistols and began shooting.

The victim was in a wheelchair and believed to be homeless, according to investigators. When officers arrived, they found the man face down in the middle of a crosswalk.

"A lot of folks here know him. Officers even know him. He seems to be a really nice fellow," Lt. Ronald Willkens said.

Police said the suspects fled in a silver-colored GMC Terrain and are asking anyone with more information to contact them.