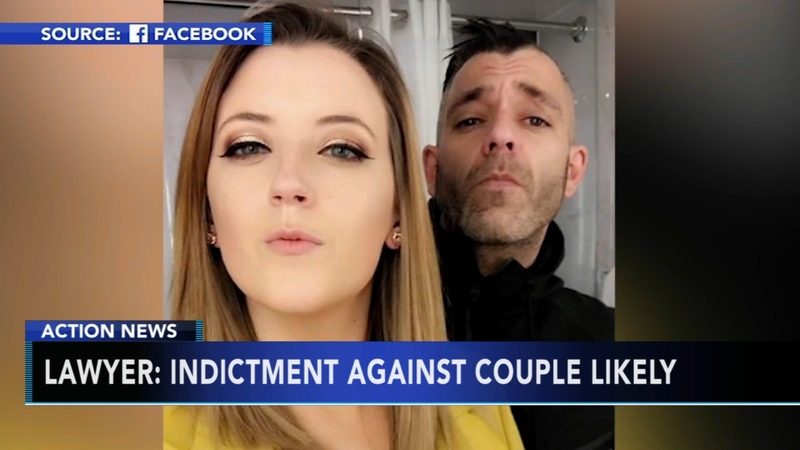 PHILADELPHIA, Pennsylvania -- A New Jersey couple under investigation after a homeless man accused them of dipping into some of the $400,000 in online donations they raised for him is likely to be indicted, their attorney said Monday.

The attorney said in a letter dated Thursday that one or both could be indicted by the Burlington County prosecutor and that he and his firm would no longer represent the couple in the lawsuit involving Bobbitt.

The letter came to light Monday when Dow granted the stay in the civil case until December.

"(Since) it is expected that one or both of the defendants will likely be indicted, my firm and I will no longer be able to continue our representation of them in this matter," Badway wrote.

He declined Monday to comment further. It's unclear if he will represent D'Amico and McClure in a possible criminal proceeding.

Burlington County Prosecutor Scott Coffina last week confirmed the criminal investigation into the couple, citing the "enormous" public interest in the case, though no charges have been brought.

The prosecutor's office declined to comment on Badway's letter, but pointed out no charges have been filed.

D'Amico and McClure have earlier denied wrongdoing or misusing the cash, which was raised on GoFundMe from 14,000 contributors.

Bobbitt sued the couple over mismanagement of the funds, and Dow had ordered sworn statements to determine what happened to the cash, which attorneys say is all gone.

The formerly feel-good story has turned dismal, with Bobbitt saying the couple used the funds as "personal piggy bank" to bankroll a lifestyle they couldn't afford.

GoFundMe and the law firm representing Bobbitt issued a joint statement last week saying he would receive all the money raised for him. Chris Fallon, Bobbitt's attorney, earlier said he had gotten about $75,000 of the cash.

Last week, investigators seized a BMW and other items from the couple's Florence, New Jersey, property.

Badway said in his letter that all the couple's personal and business financial statements, along with jewelry and cash were seized in the official raid last week.

The story goes back to 2017 when Bobbitt used $20 to help a stranded McClure get gas when her car ran out on Interstate 95 in Philadelphia. As a way to help repay his kindness, McClure and D'Amico launched a GoFundMe page that brought in just over $400,000 in contributions.

The account, at first, led to appearances for Bobbitt and McClure on national TV programs, but turned into a dispute over the money.

The couple also bought Bobbitt a camper with some of the cash and parked it on land McClure's family owns in New Jersey. But Bobbitt became homeless again after D'Amico told him in June he had to leave.