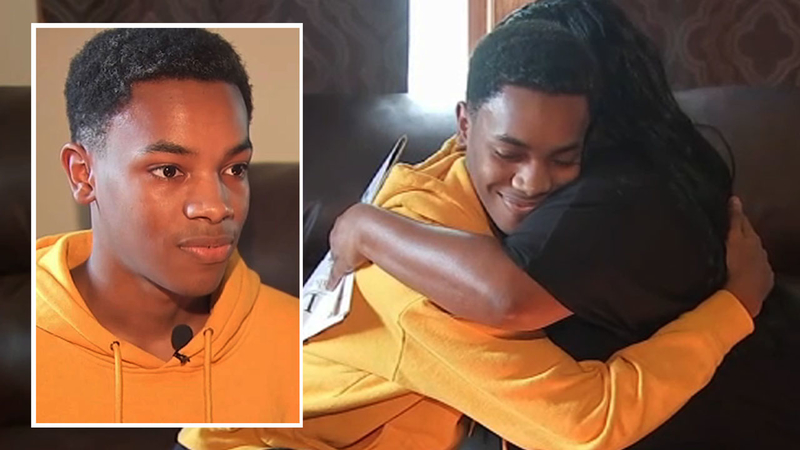 EL CAMPO, Texas (KTRK) -- An El Campo High School senior who was nominated for homecoming king says he was bullied for being gay.

Justin Boone said when he first learned about the nomination, he and his entire family were excited.

"It was really exciting. I was a little nervous," Boone said.

"We were so excited and my whole family, we were just thrilled," said Erica Matula, Justin's mother.

After the nomination, Justin received a screen shot of a group text. It showed a message that was sent by a classmate calling him a homophobic slur, and said, "if he wins I'm moving."

It was so bad, the day the homecoming king was announced, a day that Justin had been looking forward to, he decided not to go to school at all.

"I just couldn't believe someone would be that cruel to do that to him because he doesn't deserve it," Matula said.
His mother said she told El Campo ISD officials about the text. She wishes they would do more to raise awareness about bullying, and so does Justin.

RELATED: How to talk to your kids about bullying

"We need to acknowledge that the school does have these bullying tendencies, and it's not being acknowledged by anyone and I feel like the school can take a step forward and try something new," said Boone.

We reached out to the superintendent numerous times, and did not get a response.

RELATED: Instagram's new features target online bullying
While the bullying did hurt, Justin and his mom also received a lot of supportive messages, and they say that's made all the difference.

"A lot of people came up to me and texted me and really supported me," Boone said.