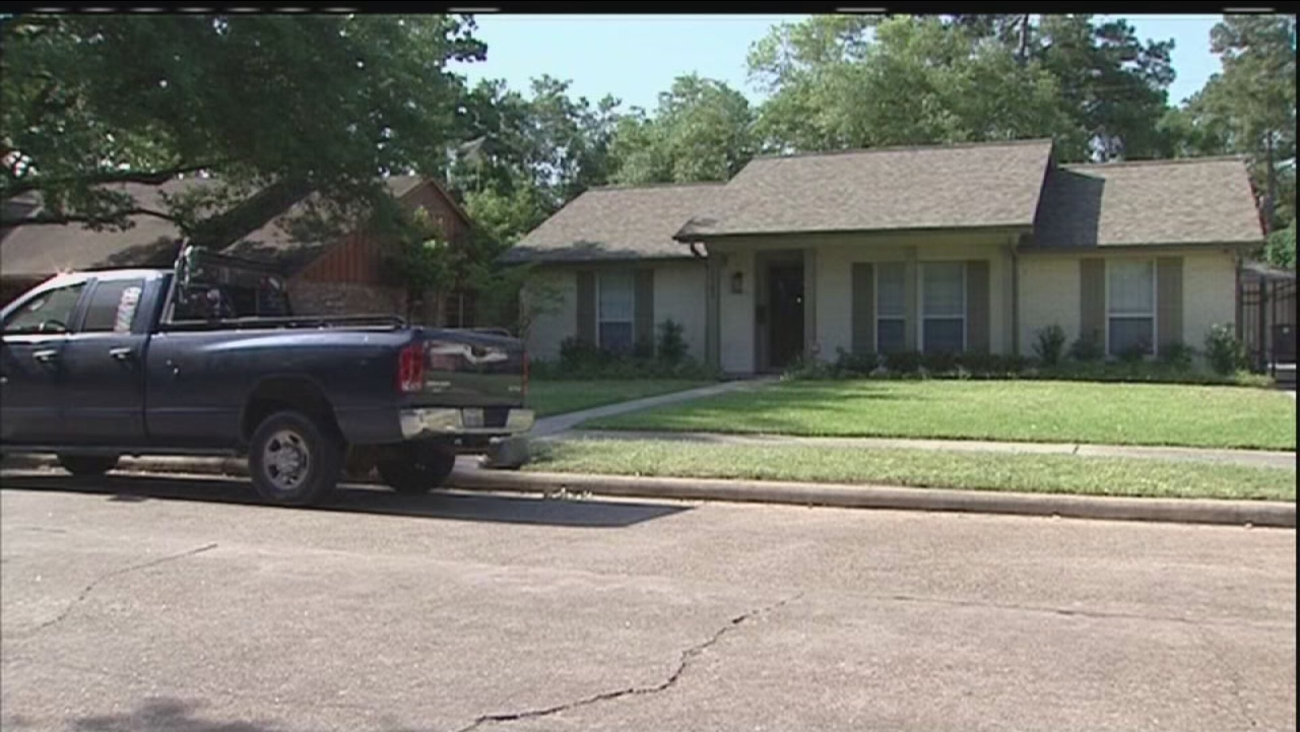 A home invasion in northwest Houston left a dog shot and a homeowner pistol whipped, as police search for two suspects.

HOUSTON (KTRK) -- Four armed men broke into a man's home last night, terrorizing him and shooting his pet. Police are looking for those suspects but have also taken the victim into custody.

This happened on Curtin Street and Golf just before midnight.

Authorities say Sean Shannon, 30, and his 28-year-old friend were inside the home watching TV when they heard a gunshot.

"Two males had kicked down the front door to a residence," said Lt. Larry Crowson with the Houston Police Department.

That's when police say Shannon's dog ran towards the suspects and they opened fire, shooting the dog then pistol-whipping Shannon before ransacking the house.

"Then they took an unknown amount of objects and fled the location," said Lt. Crowson.

Police say the suspects stole an undisclosed amount of cash before taking off. Shannon was taken to the hospital with minor injuries but police say he was later arrested after authorities were allowed to search the house and police found drugs.

Neighbors are shaken by what happened in their quiet neighborhood.

Authorities say Shannon is charged with two felonies, possession of a controlled substance and also possession of marijuana. The friend was also arrested on a misdemeanor drug charge.

The suspects took off on foot and remain on the loose.