Shoppers on edge after robberies near busy H-E-B store 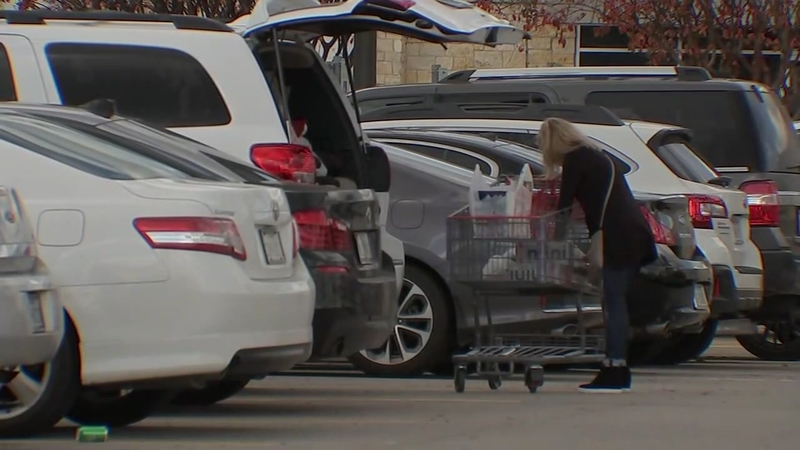 A woman, who did not want to be identified, told ABC13 that she was robbed leaving Central Market.

"It was a split second before they slipped in the passenger door and stole my purse," the woman said.

She says she tried to run after them while other shoppers assisted her by calling the police.

On Dec. 6, a T-Mobile store near I-10 and Bunker Hill was also robbed. Police say the suspect went inside the store and attacked an employee with a pair of garden scissors.

Four days later, another woman claims she was robbed at gunpoint at the H-E-B on Bunker Hill.

The woman says she was out shopping when the robbers attacked her and stole her wallet.

"I try to leave nothing in my car, put everything in my trunk and lock the door," shopper Gail Lynch said. " I actually try to walk around between so someone can't just grab it."

No suspects have been arrested in either incident. Shoppers say they would love to see more security from nearby stores.

"I think security helps if you see a presence," Lynch said.

H-E-B issued the following statement in regards to the Bunker Hill robbery:

"The safety and security of our customers and employees is our top priority. H-E-B takes all incidents very seriously. We are aware of the incidents that have occurred at the H-E-B Bunker Hill store and are working closely with law enforcement to execute additional proactive security strategies and elevate safety awareness in the area. In addition, our Partners (employees) are always available to escort customers to their vehicle to provide further assistance and security."