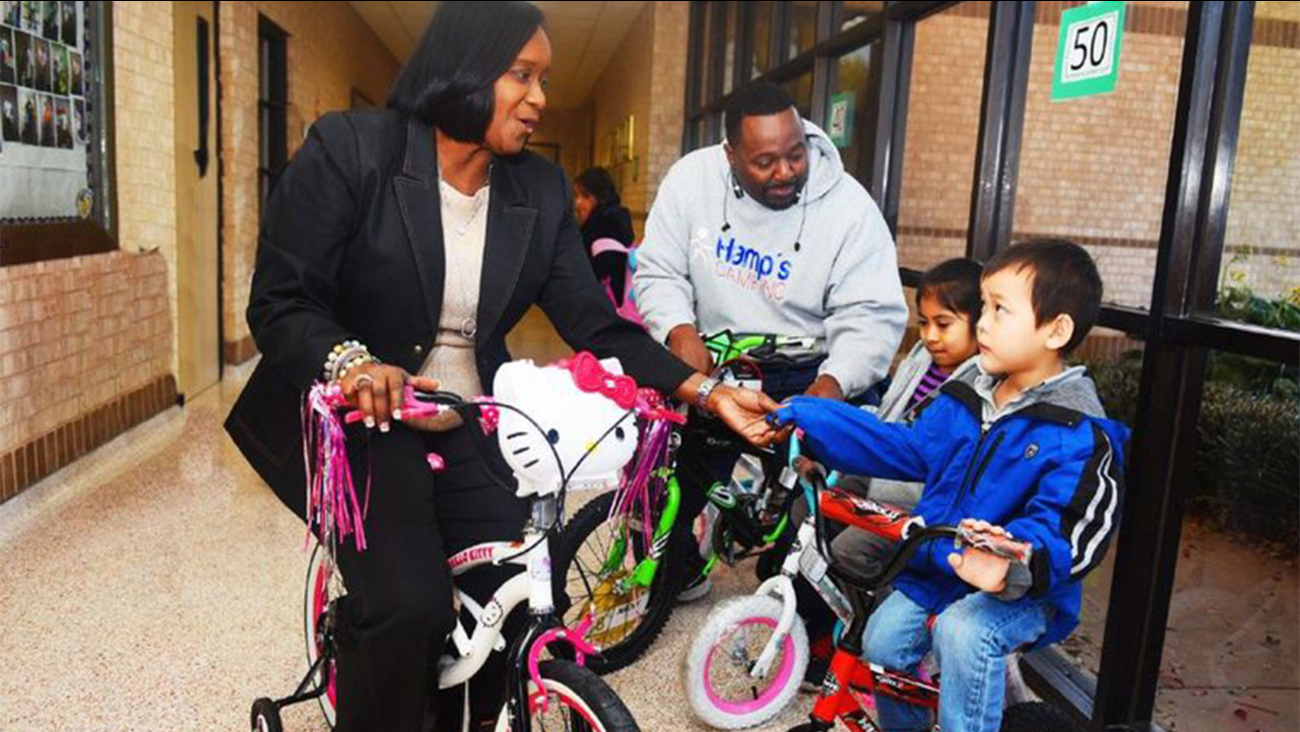 HOUSTON -- Former NFL star Rodney Hampton and his brother Kelvin are spreading a little Christmas joy throughout the Houston area.

For more than 20 years the two have hosted their annual holiday bike giveaway, benefiting children, many from the same neighborhood they grew up in. They along with a family friend, Rodney Bigham, have worked together with elementary schools in the Houston and Cypress-Fairbanks school districts by rewarding selected children who have displayed excellent behavior during the year.

"We have been doing this since 1990 but we really started doing it officially in 1996," said Hampton. "We are just trying to put a smile on a kid's face."