New kind of open adoption bringing two families together for Christmas, beyond 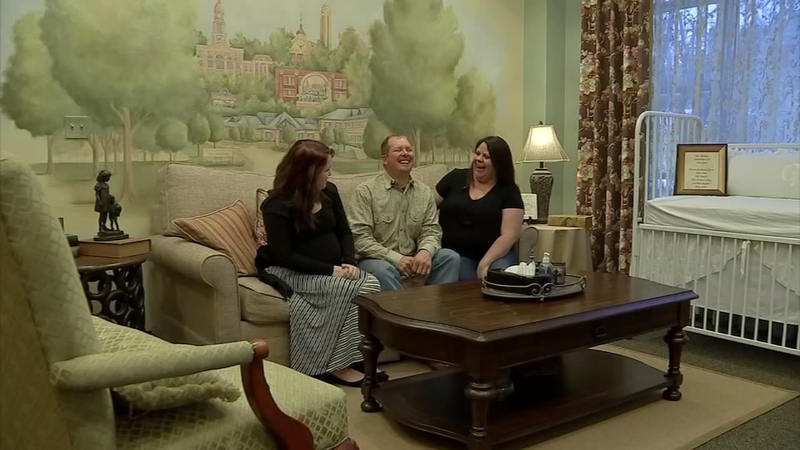 HOUSTON (KTRK) -- Matt and Amanda are counting the days until Christmas, but in this story they aren't exactly sure when their gift will arrive.

The couple already decided his name is Luke. The couple and their son Drew will add to their family and adopt a second son from the Gladney Foundation based in Fort Worth.

"We rely on our faith and we prayed about it. That was just the answer," says Amanda.

Their journey led them to Angela from Katy.

"At first I was thinking I was going to keep my baby for myself, but financially and mentally I'm not very ready for it," Angela says.

She says, "He's not just going to be around them but his grandparents, his aunt, uncle, cousins, brother."

On this day, Angela, Matt, Amanda and more than 50 members of their extended family all meet and welcome Angela and Luke to the family. Matt was also adopted as a child, but the process has come a long way since he was born. He knows little about his past and parents.

"This is such a beautiful process that we don't want anyone, especially our kiddos, to think it's a secret. Nothing is a secret. This is how we became a family," explains Amanda.

Angela can visit her son, and Matt and Amanda will talk, text and share the days of his life unlike her grandfather, who was adopted and always had so many questions about his past.

"It's so different than it used to be. That child is still a part of your life if you want it to be," Angela says.

Angela works with a case worker from Houston, taking her through the process and the emotions for the big day.

Christmas for all of them this year will be much different than last. The new parents are thankful for the woman giving them a priceless gift.

Matt says, "She chose us to raise her child. That's the best gift somebody could give you."

The relationship born here today will endure many Christmases to come.