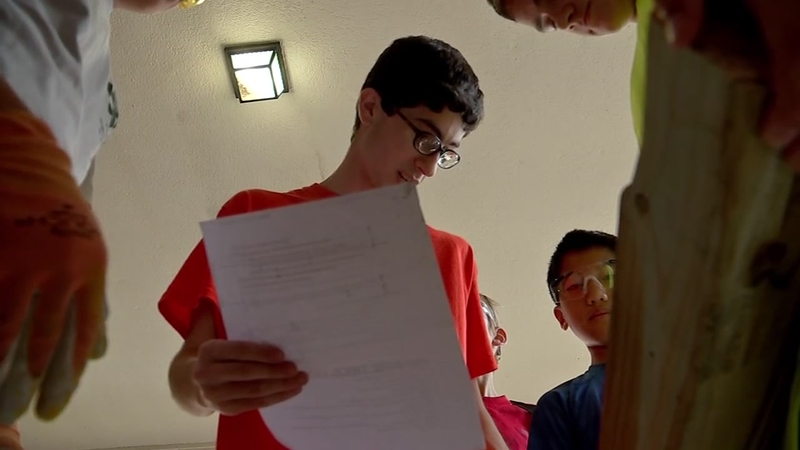 EMBED <>More Videos
HOUSTON (KTRK) -- As Jake Brooks points to a packet of blueprints, a handful of high school boys hunker down around him, silently staring, watching his finger move from page to page.

"Everything is going smoothly and just as planned," Brooks says.

Around him, are fellow boy scouts. They're in Brooks' garage helping the high school junior work on his Eagle Scout project. For Brooks, picking the organization that will benefit, was a no brainer.

"I've always gotten a lot from doctors and the community and I've always wanted to get back," Brooks said.

He's designing and building planter boxes for The Lighthouse of Houston. It's an education and service center dedicated to helping blind and visually impaired people live on their own. Why does the organization speak to Brooks? He's been visually impaired his whole life.

"I am pretty much a normal teenager," Brooks says. "I have found ways around everything that I have problems with."

It didn't take much to convince his fellow scouts to help.

"One night at a meeting he told us what he was going to do, how it was going to go down, how it pertains to him and why he really wanted to do it," says Mason Pace, a member of the same troop.

Brooks explains the boxes are for the service center's new gardening program. He completely designed them.

"From when he was a little boy he has always been an overachiever," said Michael Brooks, Jake's dad. "It's his world you know, he was born like that. Everything he does is almost double as hard as any other child and he excels."