Fading film: What you need to know about preserving your film memories Learn how to preserve your memories

HOUSTON (KTRK) -- Old films and still photography negatives are usually stored in boxes and tucked away in the closet, garage or attic. But is that the best place for them? And what happens over time when Houston's heat and humidity get to them? Experts warn if your precious keepsakes are not transferred to a digital backup, those timeless images could be gone forever.

According to historic image collector Story Sloane, "I think history is the soul of any community. So if you don't have that visual representation to back up, it's gone for good."

Sloane opened up his gallery to show how Houston's landscape changed over the decades. A 1928 picture of the Med Center was taken from the upper floors of the Warwick Hotel, known as Hotel Zaza today.

Sloane said, "Looking due south, the only hospital in the Med Center was Hermann Hospital, and then you have the Rice Institute right across the street." 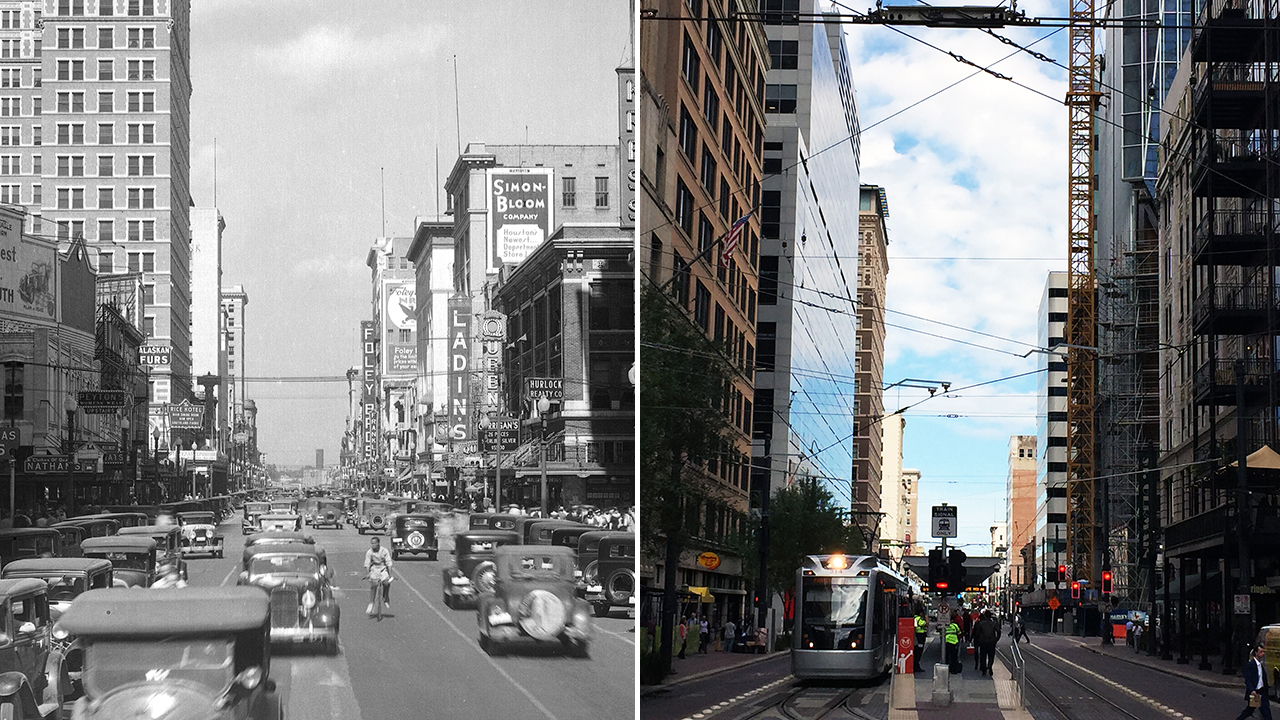 Houston 100 years ago
Check out what parts of Houston looked like 100 years ago compared to how it looks now.

Eighty-eight years later, the horizon displays one of the world's largest medical centers, right here in our backyard. Now if you turn the camera 180 degrees looking north.

"You could see the sprawl of the city way back in 1928, 1929," Sloane explained. "But also you can see the growth pattern over the period of decades that has come about."

These images of historic Houston may not be here today had they not been archived properly. Because of the organic material these negatives are made from, the lifespan of many images are coming to an end.

"Once it starts to deteriorate and break down, it's gone for good," according to Sloane.

He says, "One of the most obvious signs is a smell. It's going to smell like vinegar. And that's the beginning of a decomposition of the negatives."

When it starts to smell like that, you have a short period of time to get that negative scanned. Old movies and films are equally at risk.

According to Afsheen Nomai with the Texas Archive of the Moving Image, "If it's not taken care of properly, film does deteriorate."

It's the heat and humidity that really takes a toll on film.

Nomai said, "When that film starts to crack and decompose, you really start to lose image, and it can go pretty fast."

"If you have film that's starting to show those signs, you should get it away from the other films. It kind of spreads, kind of like a disease in a way," Nomai told abc13. "Probably the hardest stuff for us to take of is brittle film. Because most of the time it will just snap and there's nothing we can do to get it through the machine."

If you have films lying around, you should inspect them soon than later. Even if they're stored in a cool dry place, Father Time may not be on their side.

If you have old films in storage and want to get them preserved, the footage may be able to be transferred for free if they qualify. For details, check out the Texas Archive of the Moving Image.