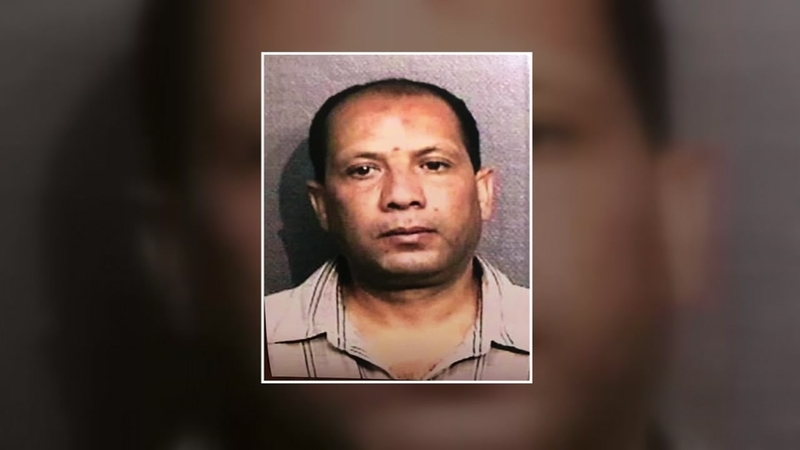 Detectives said Mohammed Mohamed, 47, wanted a police officer dead for writing him too many nuisance tickets. They charged him with solicitation of capital murder after arranging an undercover sting.

Eyewitness News obtained a court document filed by Mohamed in an unrelated civil matter. Mohamed wrote a handwritten letter to a judge and asked for equipment back.

The filing provides an insight into Mohamed's money problems.

"I used to pay regularly till I faced some difficulties in my business. That's why I was behind five months," said Mohamed.

He went on to talk about how a seized forklift resulted in a significant loss for his business.

"By seasing (sic) the forklift they caused a loss for our business $10,000.00 as we couldn't operate the business. We need your help," said Mohamed.

Mohammed Mohamed, 47, is accused of trying to hire a hitman to carry out a murder for hire plot involving a Houston Police officer.

He said the problems started after Hurricane Harvey. The storm knocked down Mohamed's fence. He then started receiving flooded vehicles daily and parked them on the street.

"There were so many cars, so many cars on the street," said Oluyitan. "The police wanted him to cover the area, the fence."

Oluyitan said he was shocked by Mohamed's arrest. He said Mohamed is a married father of five kids who always seemed calm.

"He's a very nice, quiet guy. You wouldn't even think something like this can be," said Oluyitan. "Nobody could believe it."

Eyewitness News spoke with Mohamed's defense attorney, Douglas A'Hern. He told us by phone he spoke with his client Wednesday in person.

They are still waiting to take a look at all the evidence in the case.

"He asserts his innocence," said A'Hern. "He didn't do anything wrong."

A'Hern said he wants to speak with Mohamed more before talking specifics.