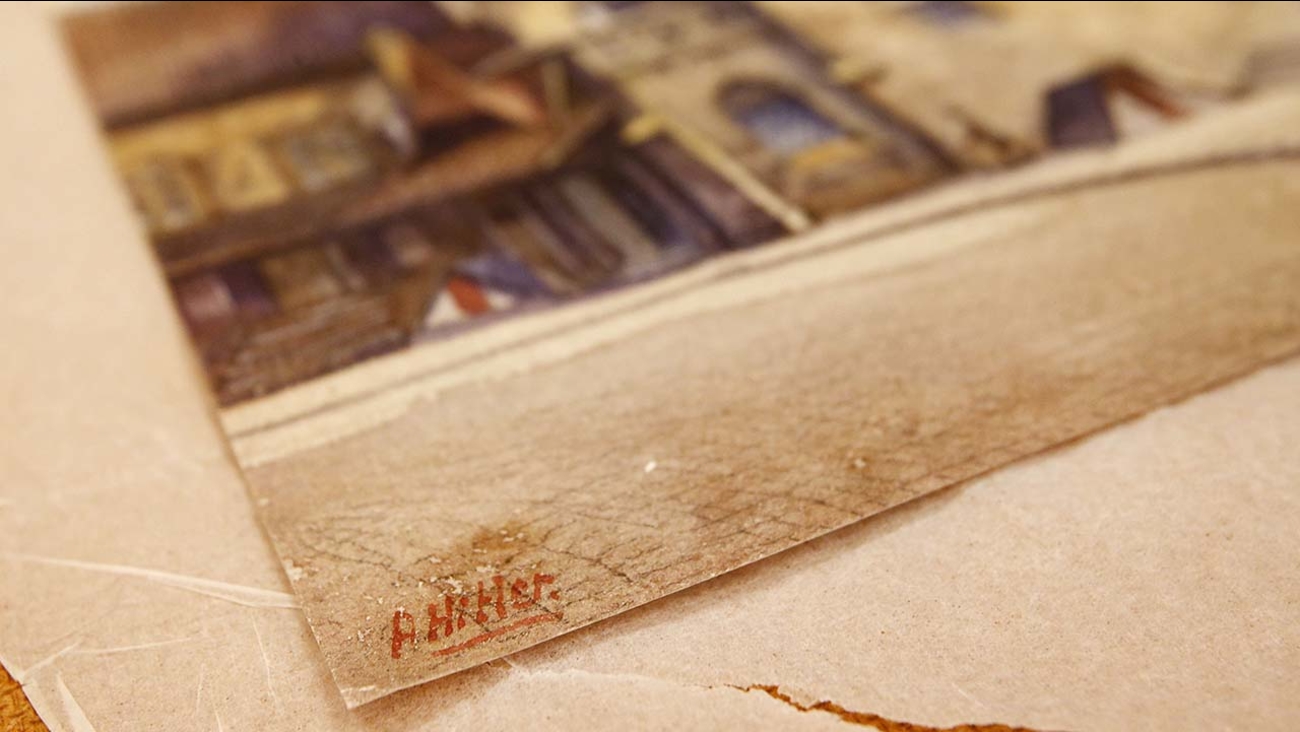 The signature "A. Hitler" on a picture titled "The Old City Hall" that - as the auction house said - was painted by Adolf Hitler in Nuremberg, Germany (AP Photo/Michael Probst)

Kathrin Weidler, director of the Weider auction house in Nuremberg, said the work attracted bidders from four continents and went to a buyer from the Middle East. She declined to elaborate.

The painting, which had been expected to fetch at least 50,000 euros, was sold by a pair of elderly sisters whose grandfather purchased it in 1916.

Hitler's paintings surface regularly, but the auction house said the 28 by 22 centimeter (11 by 8.5 inch) scene auctioned Saturday also includes the original bill of sale and a signed letter from the Hitler's adjutant, Albert Bormann, brother of the Nazi dictator's private secretary Martin Bormann.