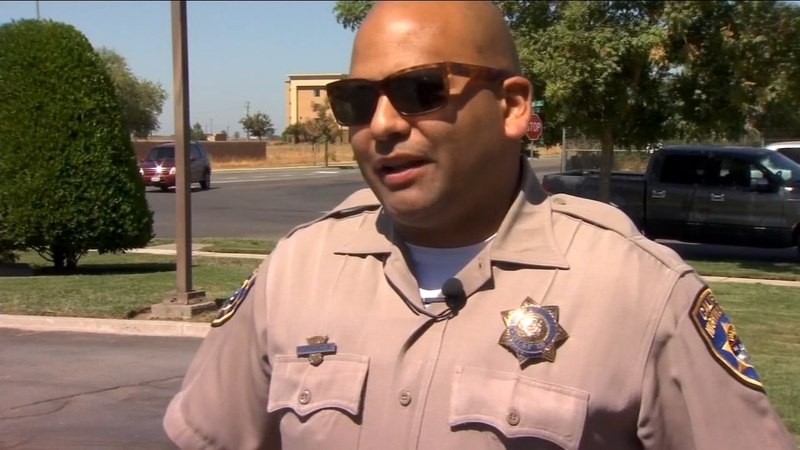 MADERA COUNTY, California -- A man and woman from Madera County are dead after they were hit by a car on Sunday night.

The victims were identified by police as 36-year-old Lucille Trolinger and 37-year-old Dean Cram.

California Highway Officers say the victims were in a car driven by Rickey Holt. At one point, a fight started between Trolinger and Cram.

Investigators say Holt stopped the car, and Trolinger and Cram started to fight along a roadway.

They say Holt tried to stop the fight, but Cram then punched Holt in the eye.

"The driver tried to break everything up. They ended up in the southbound lane. The female then re-engaged and continued to fight," Officer Rodriguez said.
Officers say that's when another car coming from the opposite direction hit both Trolinger and Cram. They both died at the scene.

Holt was later arrested after authorities say he was also driving under the influence. Investigators still don't know what caused the fight.

"We're trying to figure out why they stopped. Why they stopped there. Is it because they got too physical inside and made it dangerous for the gentleman to stop in the middle of the road?" Rodriguez said.
Officers say the driver of the car that struck the victims was released from the scene and wasn't under the influence of any drugs or alcohol.

They say while that road is dark, there are not many accidents, and incidents like these are rare in the area.

"Once in a while there may be an incident, but not very often does something happen out there, especially at the severity we saw last night," Rodriguez said.

A friend of Trolinger at the scene declined an interview but did confirm that she leaves behind three kids.