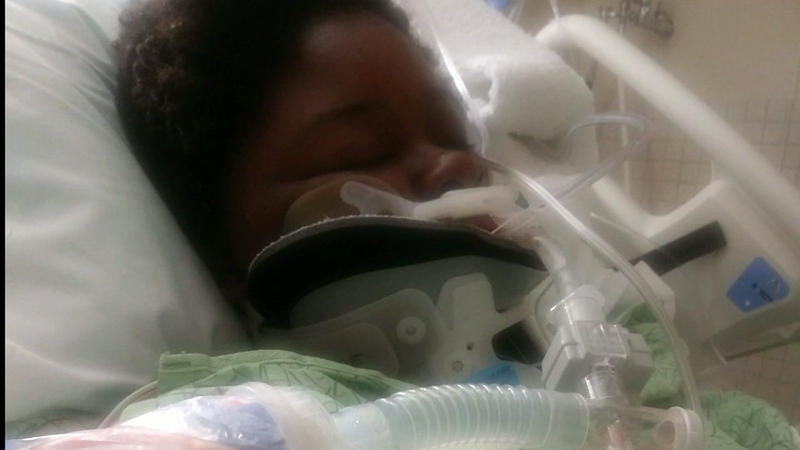 HOUSTON, Texas (KTRK) -- An Aramark employee who worked the Texans vs. Cowboys game Thursday night at NRG is now in intensive care.

Her mother says Amie Thibodeaux, 28, was struck during a hit-and-run accident as she was crossing the street after she got off from work to catch a connecting bus.

The woman is hospitalized with broken bones, a lacerated spleen and bruised kidneys. She may have internal bleeding as well.

Her family learned that she was in the hospital after a nurse tracked down Amie's brother on social media. She had identification in her wallet, but no emergency contact information.

"She usually calls her brother to tell him she made it to the Northwest Transit Center," said her mother, Tawana Thibideaux. "He never got the call."

Tawana said she was told by police that the driver was located and arrested. Results from a blood test are pending, and will reveal whether he was driving under the influence.

"When you hit somebody, you feel it," she said. "You stop and you don't drag them."

She said her daughter's face has lacerations from being pulled on the concrete. She also has a broken arm.

Amie had been working for Aramark for about two months, according to her family.

"She loves football, and she was so excited to be able to work during that game," said her mother.

Now, Tawana is waiting for her daughter to wake up.