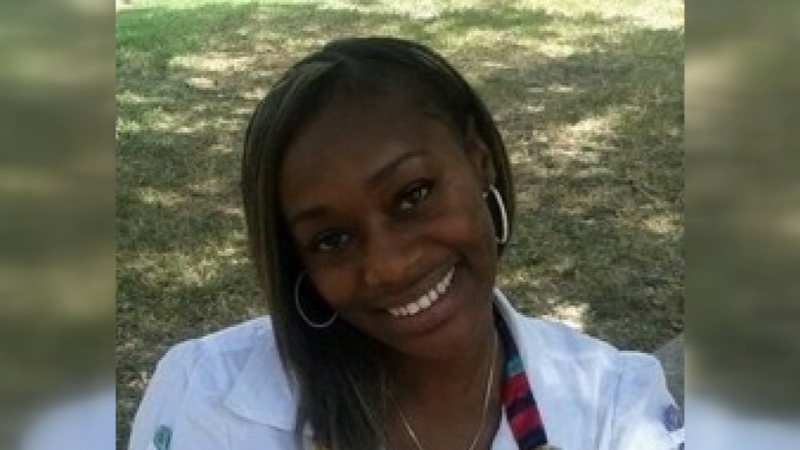 KATY, Texas (KTRK) -- In a matter of seconds, the lives of Latrice Frederick's family changed forever.

They were on the side of the road, tending to a broken-down car on FM-359 and FM-3346 near Hempstead, and as they were about to leave, someone hit them from behind.

"Not even two, three minutes, (we) got ready to leave, but we haven't left yet, and then a car just smashed into the back and it just dominoed and hit everybody," recalled Frederick's sister, Danesha Williams, who was in one of the cars.

It was a horrific crash. Fredrick was transported to Memorial Hermann Hospital by Life Flight, where she and her unborn baby later died.

Authorities are now looking for 27-year old Angel Aviles-Perez, who allegedly crashed into the 34-year-old, causing the death of her and her unborn child. Troopers say he's wanted on manslaughter charges.

Authorities say Perez was traveling south on FM-359 at a high level of speed when he crashed into Frederick's vehicle. Williams says she watched as Perez took off into a nearby pasture.

"I seen (sic) the guy that was driving the vehicle," she said. "He got out the car and ran."

"He needs to be punished in some sort of way," said Frederick's mother, Terry Frederick.