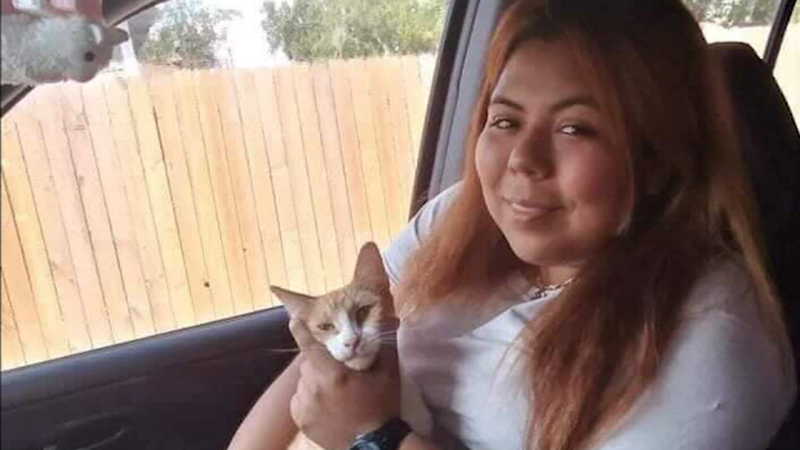 HARRIS COUNTY, Texas (KTRK) -- A 23-year-old woman was killed in a hit-and-run incident last Saturday in north Harris County, and investigators are still working to identify the driver who failed to stop and render aid.

Leonor Martinez said her daughter Rosa Cruz was going to meet up with a friend, following a quinceañera party on Saturday, Jan. 22.

"She was like, 'I'll come back home in two hours,'" Martinez said. "She never came home."

The Harris County Sheriff's Office said Cruz was walking northbound on Lillja Street near Aldine Bender at about 10:30 p.m. when a pickup truck struck her and drove off without rendering aid.

Martinez said her daughter was on the phone with someone when the call was suddenly disconnected.

SEE RELATED STORY: Woman found in a ditch after a hit-and-run in north Harris County

Deputies said Cruz's body was later found in a ditch and someone called 911.

Parts of a vehicle were found at the scene. Investigators believe it was a 2016 to 2018 GMC Sierra pickup truck. Martinez is asking for the community's help in finding the driver responsible.

A cross and memorial now sits where Cruz's body was found. Her mother said Cruz was the oldest of five siblings and was a local mechanic.

"She was a really good person," Martinez said. "She would care a lot for everybody, and she was a hard worker."

"She was my best friend," Zapata said. "Just having somebody to talk to and be there for me no matter where I am, she'd be there. No matter the situation, she'd be there. I know she really cared a lot for their family."

A GoFundMe pagewas set up to help with funeral expenses. Family and friends will say their final goodbyes Thursday.