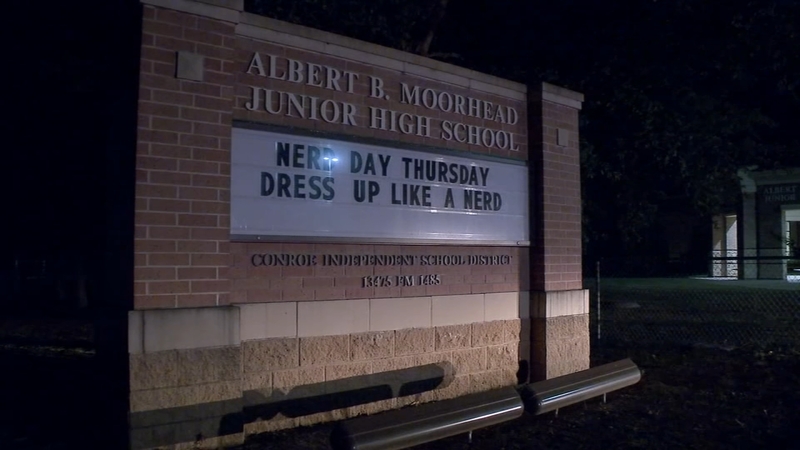 CONROE, Texas (KTRK) -- Moorehead Junior High student Gage Castleberry is going to miss his first football game this season because he's on the mend after he and two of his friends were hit by a car Friday morning outside the school.

"We were running and we hit this black blur," says Gage, who doesn't remember much of what happened.

The boys were walking across the road from Caney Creek High School when a school bus had stopped to let them cross. As they were running across, Gage says they collided with another car. His mom, Mistie, says the car ran over his foot and drove off.

"My thoughts are, as a mother, or as a parent or anybody, you would want somebody to stop and say, 'Are you OK?'" Mistie said.

Gage will have to go back to the doctor after the swelling goes down to see if he has a broken foot. As for the other two boys, Mistie says they also got road rash.

Conroe ISD wouldn't confirm to ABC13 that the driver took off but sent the following statement:

"The students made contact with a vehicle. No major injuries were sustained. The matter is under investigation by the Conroe ISD Police Department."

For Mistie, she wants whoever did this to come forward.

"We're fortunate that he's still here and that it wasn't worse than what it was, but that was three kids lives," she said.