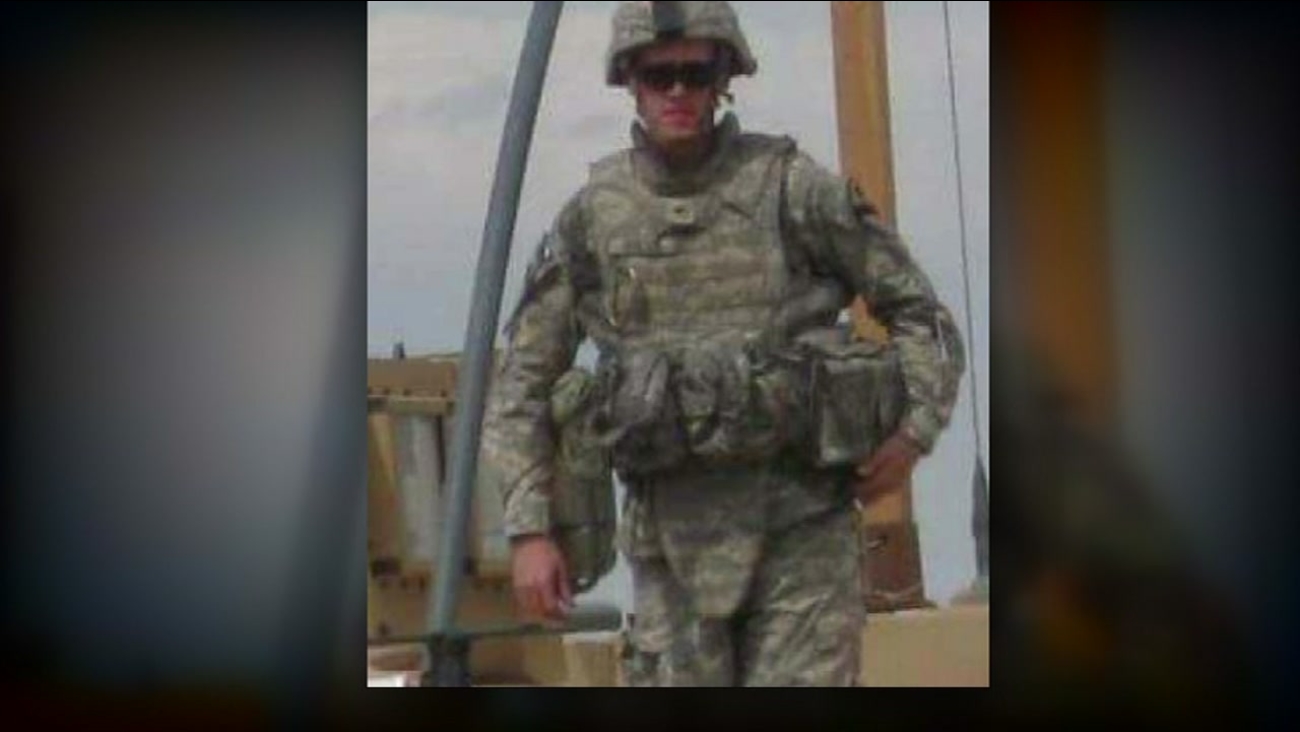 A veteran was killed in a Memorial Day weekend hit-and-run. (KTRK)

HOUSTON, Texas (KTRK) -- Keven Gordon's Facebook page features pictures of his wife, his five young children and a lot of photos of him in his Army uniform.

Gordon did two tours of duty in Iraq, with his last deployment in 2008. He returned with a Purple Heart and later served in the Army Reserve, his family said. A later photo shows him in a Wounded Warriors T-shirt.

Gordon was wounded both physically in combat and by the psychological trauma of war.

"He had PTSD," said a family member who asked she not be identified. "He was going to the VA and it seemed to help, but recently his appointments were cancelled. He couldn't get the help he needed."

Gordon was having episodes in recent weeks, she said, that were bad enough that he wasn't able to go to work. Thursday, she said he left his Galveston home. It was an alarm signal to his wife.

Police said it all started with an argument last night between a husband and wife but ended with a deadly encounter.

She tracked him on his cellphone and, with two friends and two of the children, drove to Winkler Drive in southern Houston to plead with him to come home.

At the scene, people thought the couple was arguing. His wife's cousin said she was begging him to get in the truck. Instead, Gordon walked away.

According to a police statement, he walked into traffic and had an 'altercation' with the driver of a pickup truck. While his wife was trying to retrieve his vehicle, Gordon was struck and killed by the pickup driver.

"He intentionally drove into him," said the family member after seeing the surveillance video. Gordon's death was witnessed by his two children.

"One said daddy was hit by the blue truck," she said.

His wife is said to be overcome by grief and guilt that she wasn't able to save her husband. He had PTSD episodes before, but because of the truck driver, this one couldn't be overcome.

"It doesn't excuse the driver," said the family member. "He made a decision and it was intentional," she said of the person who left Gordon for dead in the street.

The truck is described as a dark blue pickup, possibly a Ford, with tinted windows and what appear to be custom rims. Anyone who can identify the driver may qualify for a Crime Stoppers reward.