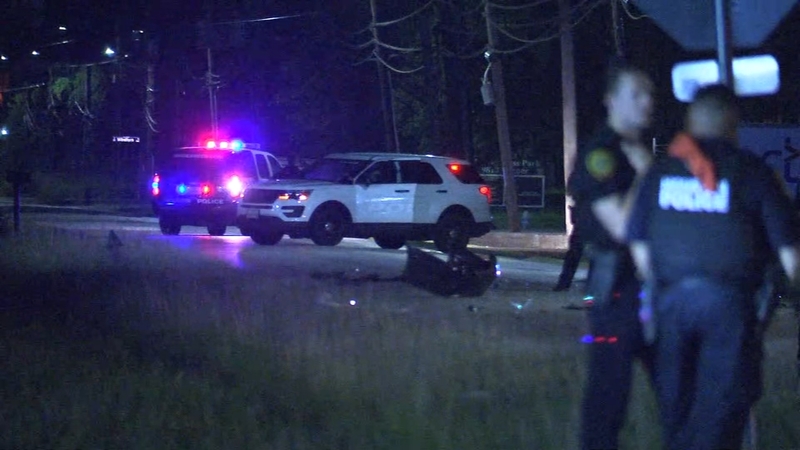 HOUSTON, Texas (KTRK) -- A hit-and-run crash Friday night may have led to a fatal ending for two people in northwest Houston, authorities said.

A driver told police that a man and woman in another car sideswiped her in the Jersey Village area. The hit-and-run victim followed their car to the area of US-290 and Fairbanks and attempted to get their attention, but they took off at a high rate of speed, according to Houston police.

The victim told police the car stopped at one point, and the driver and passenger switched seats before taking off again, according to HPD.

The fleeing vehicle crashed in the area of Campbell and West Tidwell Road and rolled several times, according to police.

Both occupants were thrown from the vehicle and were killed on impact, police said.