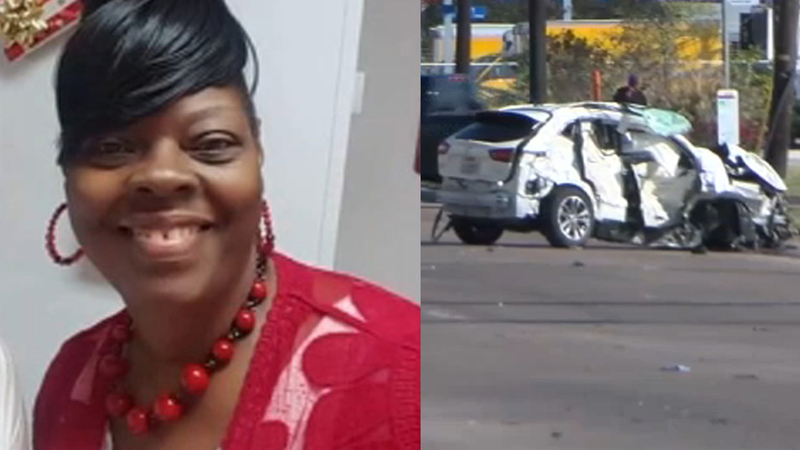 HOUSTON, Texas (KTRK) -- A man has been charged after a fatal hit and run crash in northwest Houston, deputies say.

It happened in the 3900 block of Little York Road at around 6 a.m. on Sunday.

The Harris County Sheriff's Office says 29-year-old Sergio Israel Hernandez was speeding in a black Mercedes-Benz when he crashed into Elaine Jolivet, who was driving a Nissan Rogue.

Deputies said after Hernandez's car caught on fire, he fled the scene in a gray pickup truck.

Update: on 12/22 Sergio Israel Hernandez (29) fled the scene of a fatal crash. Hernandez drove the vehicle that struck the victim’s car. Ms. Elaine Jolivet (54) lost her life that morning. Hernandez has been charged with Fail to Stop and Render Aid. He is not yet in custody. https://t.co/URQ0D6ef8R pic.twitter.com/DMPzP0EVYY

According to friends, Jolivet was a mother of three daughters and had recently released a book.

Hernandez has been charged with failure to stop and render aid, according to deputies.

He has not been taken into custody. The sheriff's office is asking anyone with information on Hernandez to call HCSO at 713-221-6000 or Houston Crime Stoppers at (713) 222-TIPS.

13-year-old left for dead after a hit-and-run is on a mission to improve herself while helping others.