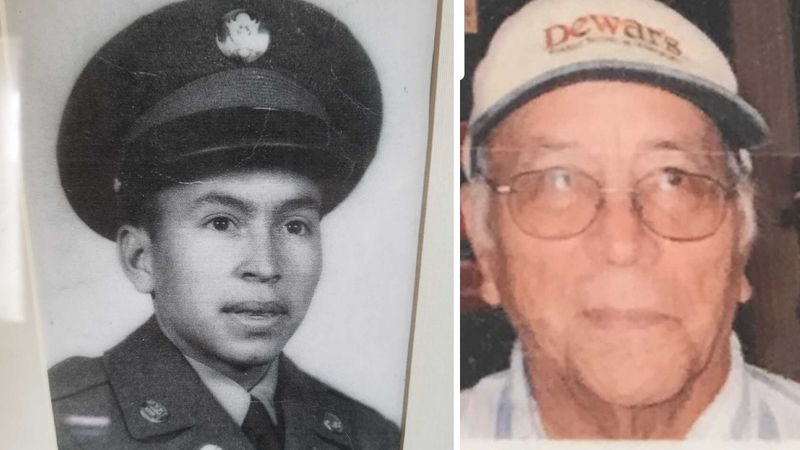 HOUSTON, Texas (KTRK) -- A Houston family is turning to the north side community for answers after an 89-year-old was hit and killed by a driver and was then left alone on the side of a road.

Alejandro Campos, who was lovingly known as "Polly," was a native Houstonian and was active for his age, according to his family.

Police say the 89-year-old was walking in the 3500 block of Robertson Street around 6:10 p.m. on Sunday, Jan. 10, when he was hit by a silver truck. The driver of the truck got out of her vehicle, checked on Campos but later got back into her vehicle and drove off after witnesses came to Campos' aid.

Esther Gloria, Campos' niece, said her uncle was out on his daily walk when the accident happened. She said a man who saw Campos get hit got out of his car and held an umbrella over her uncle's head until first responders showed up.

Once paramedics were able to get to her uncle, one of them draped a jacket over his body to shield him from the rain while he was lying on the ground.

Campos was transported to the hospital where he later died. Gloria told Eyewitness News on Thursday she's grateful these gestures were shown for her uncle during his final moments.

Campos' family wonders how someone could live on with this on their conscience.

Meanwhile, a service for Campos is scheduled for Tuesday, Jan. 25, at Morales Funeral Home from 9 a.m. to 12 p.m. He'll then be buried at the Houston National Cemetery.

Anyone with information on Campos' case is asked to call the Houston Police Department's Hit and Run Unit at 713-247-4072 or Crime Stoppers at 713-222-8477.
Report a correction or typo
Related topics:
harris countyhoustoncar crashtraffic fatalitieshit and runhouston police departmentcar accidentman killedinvestigationtraffic accidenthit and run accidentcrashinvestigations
Copyright © 2022 KTRK-TV. All Rights Reserved.
HIT AND RUN
Sergeant was to walk daughter down aisle until his hit-and-run death
Woman found in a ditch after a hit-and-run
Man killed in hit-and-run crash on SH-288 near S. Loop
Reward to anyone with information of a hit and run on Oct. 31
TOP STORIES
HPD interviewing chase suspect about dad's death in Memorial area
Good Samaritan helps take down chase suspect in NW Harris County
Man accused of setting home on fire to hide mother-in-law's murder
Woman scammed out of earnings in latest scam targeting Uber drivers
Galveston man smuggled 2 men inside coffin, prosecutors say
Aldine ISD votes for no school on Fridays for next 3 weeks
Conroe ISD teacher accused of improper relationship with student
Show More
Survivor opens up about being 'groomed' for sex trafficking at school
Two cold fronts this week
Man denied heart transplant because he has not received COVID vaccine
Barry Bonds rejected from Hall of Fame; Big Papi elected
Who killed Liz Barraza? Reward now at $50K on murder's 3rd anniversary
More TOP STORIES News