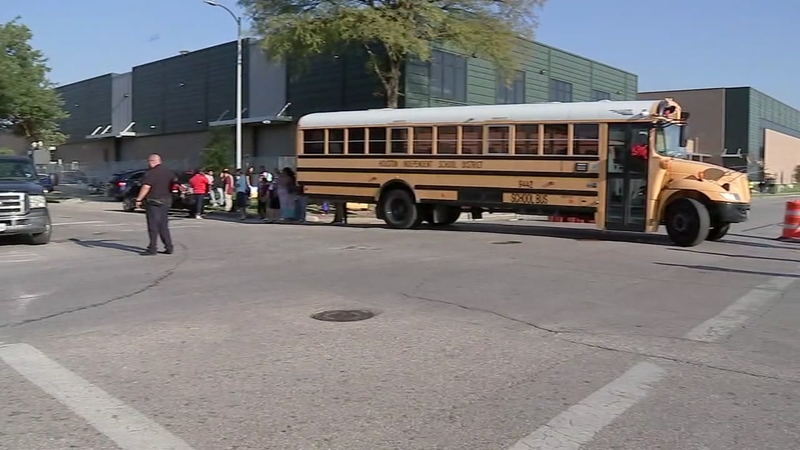 Houston (KTRK) -- The first bell rang across Houston ISD today, but several students weren't there to hear it.

The district implemented a new magnet school hub program that was supposed to get kids to school much faster, but there were major school bus delays.

Buses were late at hubs across the district, including the one at Pershing M.S. where students headed to Energy Institute High School waited for an hour and a half.

"We can put someone on the moon, but we can't figure out how to get our children to school on time and safely," said parent Jessica Cohen, who has a ninth grader at the Energy Institute High School.

She dropped her daughter off at a bus hub at 6:30 a.m. and headed to work, but an hour and a half later her daughter was still waiting.

A family friend picked up her daughter and took her to school. She got there around 9 o'clock, about the same time Stacey Bowen's son finally made it.

"I was concerned this morning that the staff - while very friendly - couldn't tell my son what happened to his bus," said Bowen.

The district says the new hubs are scattered throughout the city to "improve the on-time arrival rate for students," but Bowen says this is definitely not an improvement. "They used to get there 20 minutes late every day."

"We were hoping to at least be on time this year," said Bowen.

"We did have some congestion at some of our hub stops, and so, transportation is already making some necessary adjustments, we will debrief as a team this afternoon," Lathan told ABC13.